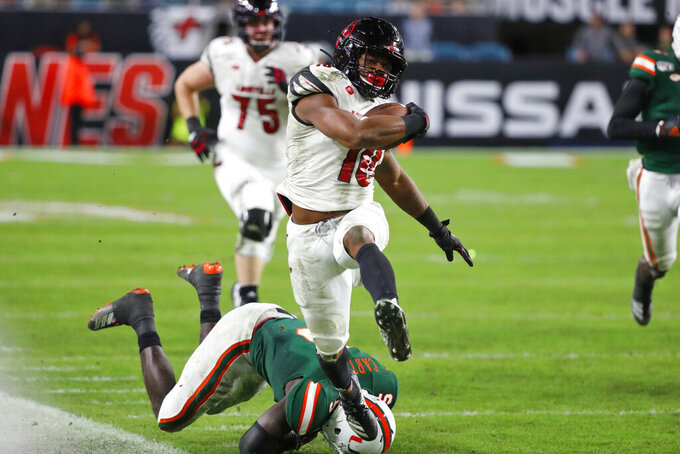 Louisville running back Javian Hawkins (10) runs out of bounds as he avoids a tackle by Miami safety Amari Carter (5) during the second half of an NCAA college football game Saturday, Nov. 9, 2019, in Miami Gardens, Fla. Miami won 52-27. (AP Photo/Wilfredo Lee)

Mississippi State: The Bulldogs had to win three of their last four games to get bowl eligible for the 10th straight year.

Louisville: First-year coach Scott Satterfield is on a personal five-year bowl streak. His last four teams at Appalachian State went to bowls and won all of them.

Mississippi State: The Bulldogs' only previous appearance in the Music City Bowl was in 2011, when they beat Wake Forest 23-17. This will be their 23rd bowl.

Louisville: This will be the Cardinals' first bowl since 2017 and 23rd postseason postseason appearance overall.