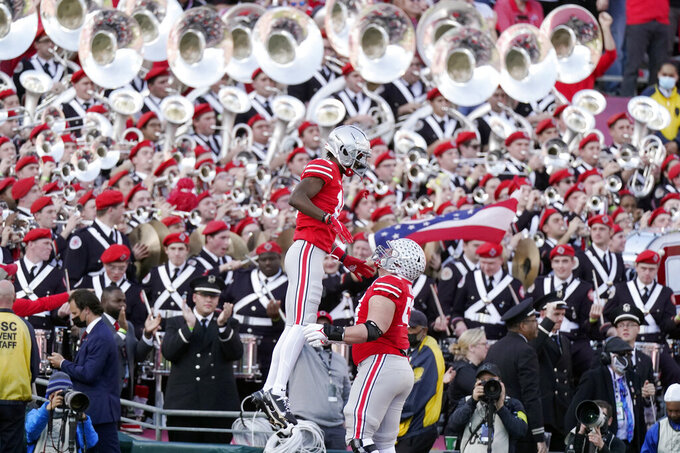 Tim Walton, a former Ohio State player who spent the last 13 years coaching in the NFL, most recently with the Jacksonville Jaguars, was added as cornerbacks/secondary coach.

Perry Eliano, who coached cornerbacks for the past two seasons under Luke Fickell at Cincinnati, will be the new safeties/secondary coach for the Buckeyes. The Bearcats' national-best pass defense helped them advance to the College Football Playoff.

Matt Barnes, last season's secondary coach who became the primary play-caller after coordinator Kerry Coombs was demoted during the season, was been named the defensive coordinator at Memphis.

Coombs, the defensive coordinator for the past two seasons, was ousted after the defense struggled last season against better teams, notably in a 35-28 loss to Oregon and a 42-27 setback at Michigan.