Day names C.J. Stroud starter at QB for No. 4 Buckeyes 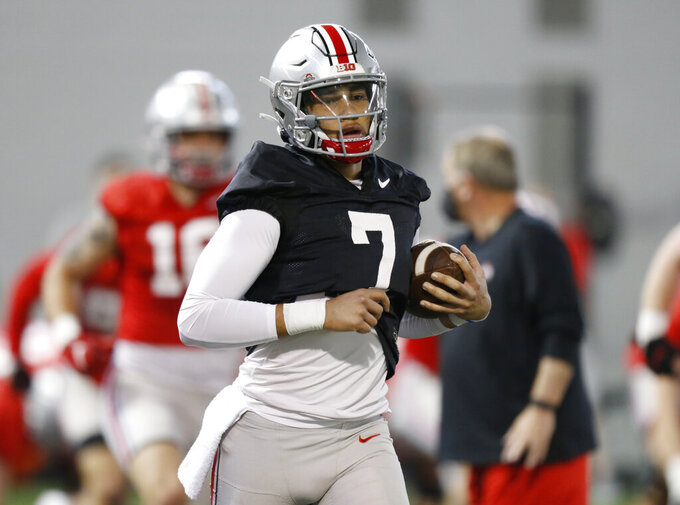 Freshman C.J. Stroud will start at quarterback for No. 4 Ohio State in the season opener against Minnesota, coach Ryan Day said Saturday.

Stroud, who had been the apparent leader in the quarterback derby since spring practice, was chosen over fellow second-year player Jack Miller and true freshmen Kyle McCord and Quinn Ewers.

“Over the body of work between the spring and then also through preseason, (Stroud) separated himself with his decision-making, his leadership skills, his accuracy,” Day said. “Now, we got to go prepare to go play a game.”

Day wouldn't say who would be next in line.

The 6-foot-3, 218-pound Stroud, from Rancho Cucamonga, California, played sparingly in mop-up duty last year behind Heisman-finalist Justin Fields in the pandemic-shortened season. He has yet to throw a pass in a college game.

“I think he knows that this is just an opportunity,” Day said. “It’s not an accomplishment, it’s an opportunity, and I think he looked at it like that. Now we got to go about the business of going to put it on the field.”