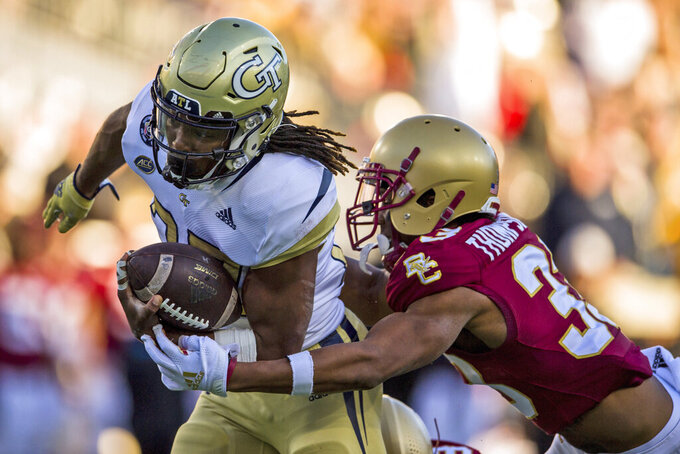 Mason, who was the Yellow Jackets' second-leading rusher with 439 yards, announced his decision on his Twitter account. Mason, from Gallatin, Tennessee, was a redshirt junior this season.

Georgia Tech lost one of its top players when leading rusher Jahmyr Gibbs, who finished third in the nation in all-purpose yards, announced on Nov. 29 he will enter the transfer portal.

Gibbs made his announcement two days after Georgia Tech completed a 3-9 season with its sixth consecutive loss, a 45-0 drubbing against Georgia.

A third Georgia Tech running back, Jamious Griffin, also has entered the transfer portal after rushing for 23 yards in only four games. Griffin has three years of eligibility remaining.