Nebraska RB 'limited' in spring as legal issues play out 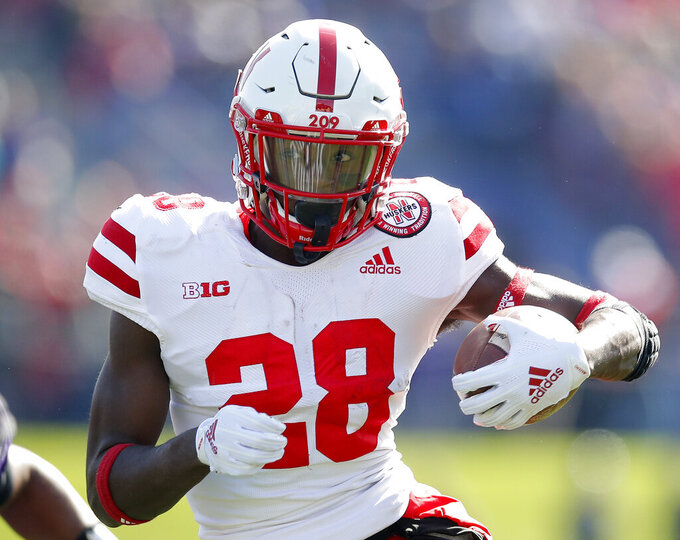 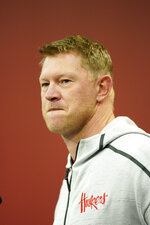 LINCOLN, Neb. (AP) — Nebraska running back Maurice Washington will be a "limited participant" in spring football practice as his legal problems in California play out.

Washington faces felony and misdemeanor charges in California related to his possession and distribution of a video of his former girlfriend allegedly being sexually assaulted by two other people in 2016.

"He's going to be a part of what we're doing out there. He just won't be doing as much as he might be doing," coach Scott Frost said Tuesday, offering no specifics. "He has a lot of other things to worry about right now."

Washington, one of the top running back prospects in the nation when he signed with Nebraska in February 2018, played in 11 of 12 games as a freshman and is in line to be a starter this fall.

A California sheriff's investigator first attempted to contact Washington for questioning about the video in August, writing in a report that his calls were ignored. In September word was sent to the Nebraska athletic department through a Nebraska Attorney General's office investigator working on behalf of California authorities that Washington was wanted for questioning.

Washington at that point hired former Nebraska Attorney General Jon Bruning to represent him, on the recommendation of Frost. Court records indicate Washington has never been made available for questioning.

Bruning wrote in an email to media outlets in February that he didn't tell Frost, his longtime friend, everything he knew about the case because he considered it attorney-client privilege. Bruning noted in a separate email that Washington has a right to remain silent.

On Tuesday, Frost said "all I knew (in September) is it was a matter that took place when he was in high school and the impression I was given was it wasn't something they thought would elevate to a level that required any more action by us. Next I heard about it was in January. I don't know what anyone could have done any different."

Court records show there was no contact between Bruning and California authorities from late September until early December.

Frost shot down any notion that the matter was handled in a way that would keep Washington on the field last fall.

"That's completely not true," Frost said. "Any time there's an investigation or players are questioned in any way, it's our job to step back and let the legal process run its course and cooperate any way we can. There weren't any charges in the fall.

"I knew, the little that was told to me in the fall, was that he was wanted for questioning. Knew very little beyond that. I don't think it's my place to do investigations. In fact, that's where a lot of people get themselves in trouble. This will run its course and justice will be served. Again, I don't think anyone could have done anything different last fall."

Washington has been charged with a felony count of possessing a video or photograph of a person under 18 who is engaging in or simulating sexual conduct and a misdemeanor count of distributing that video without consent, leading to the person suffering emotional distress.

Ball said three weeks ago Washington would return to California voluntarily to face the charges. Ball has not responded to messages from The Associated Press since. A prosecutor in the case did not return email and phone messages Tuesday. Santa Clara County Superior Court records on Tuesday did not show any pending hearings in the case.