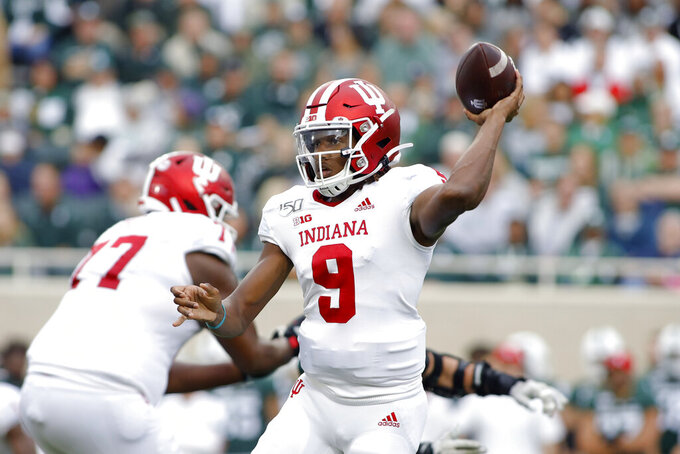 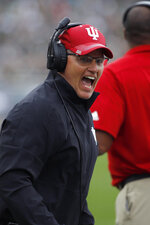 He tuned into every Big Ten game, including the matchup between the Hoosiers' next two opponents, Rutgers and Maryland. He pored over game tape from Indiana's latest loss to Michigan State — three times.

Now, he's ready to use some of the pointers he picked up when Indiana returns to action this weekend.

"You learn things," Allen said during Monday's weekly news conference. "I watched situational things that teams put themselves in and how they answer those as coaches."

Allen acknowledged he found some wrinkles that could come in handy later this season and may make some adjustments to help the Hoosiers get their season back on track.

Just having a break could help, too.

While Allen sent his assistants on the recruiting trail, young players took extra snaps in practice and key replacements managed to get better acclimated to their new roles, Allen used the extra time to plot out strategies that could help the Hoosiers snap a four-game conference losing streak.

Their prospects certainly look much brighter this week with reeling Rutgers (1-4, 0-3) coming to town.

Coach Chris Ash was fired Sept. 29 after a 52-0 loss to Michigan and last week starting quarterback Art Sitkowski and starting running back Raheem Blackshear sat out after telling interim coach Nunzio Campanile they wanted to redshirt this season.

Campanile has said he doesn't expect Blackshear to play again this year though he left the door open for Sitkowski, who could make one more appearance and still redshirt.

Allen saw how everything played out without Sitkowski or Blackshear: Maryland 48, Rutgers 7.

But Allen knows the greatest danger could be his players watched the game, too, and took a very different message from it than Allen.

"I think the challenge is you've got to be a mature football team to understand it's a Big Ten opportunity," Allen said. "They've got a unique situation they're in right now, but we have no control over that and all we can control is how we prepare. I know that we're playing a Big Ten football team Saturday and we'll have to be at our very best."

The Hoosiers should know better than any team how small the margin of error can be.

Indiana finished each of the past two seasons one win short of becoming bowl eligible and with trips to Maryland, Nebraska, Penn State and Purdue still on tap along with home dates against Northwestern and Michigan, Allen knows the Hoosiers can't afford another misstep this weekend.

Or they could spend the holidays watching more football from home again.