Iowa defense will try to contain Stroud, No. 2 Ohio State 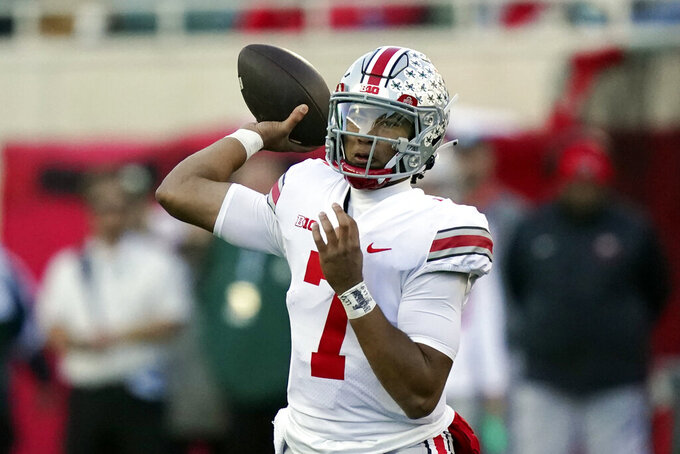 Line: Ohio State by 28 1/2, according to FanDuel Sportsbook.

Both teams are coming off a bye week. Ohio State steamrolled its first three Big Ten opponents and seems to be on the march to another College Football Playoff. The Buckeyes are heavy favorites and over the Hawkeyes, who have had trouble generating much offense. Ohio State quarterback C.J. Stroud is among the most prolific passers in the nation. Star receiver Jaxon Smith-Njigba could be back after missing most of the season with a hamstring injury and running backs TreVeyon Henderson and Miyan Williams could both be ready to go also.

Iowa RG Beau Stephens vs. Ohio State DT Michael Hall. The Hawkeyes’ offense is struggling mightily and it’s doubtful things will get better this week. But for the Hawkeyes to have any chance, Stephens must elevate his game. He’s allowed four sacks. Hall has been dominant, recording 2 ½ sacks against Michigan State and 4 ½ for the season.

Iowa: LB Jack Campbell. Iowa needs its best defensive player to be at his very best. The 2021 national tackles leader and AP preseason All-American is averaging double-digit stops again and will be kept busy against the Buckeyes.

Ohio State: WR Marvin Harrison Jr. has stepped up with Smith-Njigba sidelined. Harrison has 31 receptions for 536 yards and a team-leading nine touchdown grabs.