No. 9 Auburn hoping to break out of Baton Rouge Blues 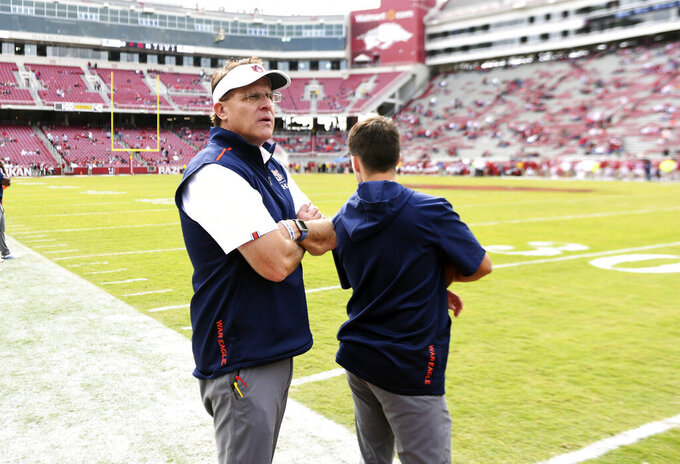 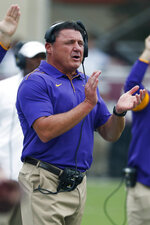 AUBURN, Ala. (AP) — The Auburn Tigers are headed back to a place of more than a few bad memories over the past two decades: LSU's Tiger Stadium.

No. 9 Auburn hasn't won there since 1999, losing nine straight with an assortment of blown leads, missed opportunities and blowouts. Gus Malzahn's team is an underdog again Saturday in Baton Rouge against quarterback Joe Burrow and second-ranked LSU.

Ending the string of futility will be especially hard given the way LSU has been playing, but Auburn defensive end Marlon Davidson gets excited when asked what a victory would mean.

LSU started the streak in 2001 with a 27-14 win that clinched the first trip to the Southeastern Conference championship game for Nick Saban's team.

The home team has won 16 of the last 19 meetings, and Auburn has definitely suffered from the Baton Rouge Blues.

LSU wide receiver Ja'Marr Chase, along with many players from both teams, wasn't born the last time Auburn won at LSU.

"That's hard to imagine," Chase said. "Nobody's talked about how much we've beaten them here, but that means our mindset is to be ready to keep it going. I'm not sure if it's a tradition, but it says something about the confidence in our team when we play in Tiger Stadium.

"I hope it intimidates them a little bit, but every team we play comes at us like it's a big rivalry game."

Auburn coach Gus Malzahn said he doesn't have to remind his team of the losing streak in Baton Rouge.

"I don't have to bring it up because everyone else brings it up," Malzahn said. "You know and our guys know."

Auburn's last win in Baton Rouge came in 1999 and players and coaches celebrated the 41-7 victory by smoking cigars on the field. They haven't had a chance to break them out since then.

A look at some of those meetings since then in reverse chronological order:

Malzahn said he takes "a whole lot" of the blame for that loss.

— In 2015, Leonard Fournette was a one-man wrecking crew for LSU, making Auburn defenders look helpless at times in a 45-21 win . Fournette racked up 228 yards and three touchdowns on 19 carries.

— In 2013, Auburn's 35-21 loss to LSU sparked a huge turnaround. Malzahn's first Auburn team went on to win the SEC title and play for a national championship.

— In 2005, LSU cemented a spot in the SEC championship game with a 20-17 overtime win. John Vaughn missed five field goals, including the final attempt that bounced off the left upright in overtime.

Malzahn has one explanation for some of the struggles in Baton Rouge.

"I guess we haven't found a way to finish," he said. "Of course, I get asked that about every time, but we had an opportunity two years ago and we didn't finish the game. So if we get that opportunity again, we've got to do a better job of finishing. So that's probably the best way to answer that."