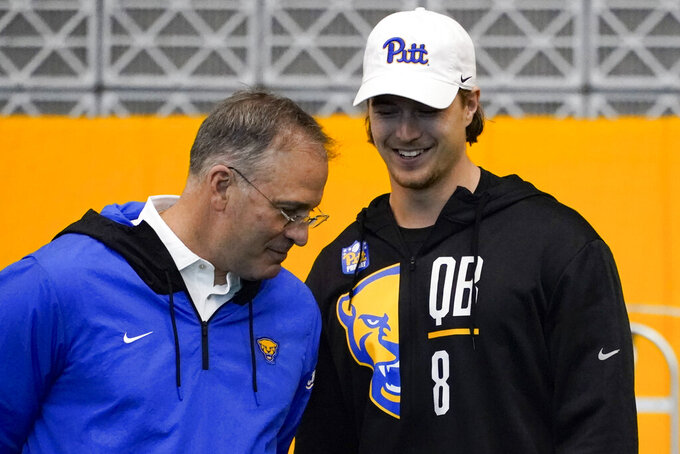 PITTSBURGH (AP) — Pittsburgh and football coach Pat Narduzzi have agreed on a new contract that will keep Narduzzi with the Panthers through at least 2030.

The deal announced Monday comes three months after Narduzzi led Pitt to its first Atlantic Coast Conference championship on its way to an 11-3 record and a No. 13 ranking in the final AP Top 25 poll, the program's highest postseason ranking since 1982.

Narduzzi is 53-37 in seven seasons with the Panthers. His 53 wins rank fourth all-time in program history.

“I am so appreciative of our players, coaches and staff," Narduzzi said in a statement. “Nothing great can be accomplished without their efforts and commitment. I’ve always talked about the importance of pushing together in the same direction. We have that at Pitt across the board.”

Pitt will have to reset on offense heading into 2022 following the departure of quarterback Kenny Pickett, the 2021 ACC Player of the Year. The Panthers open the season on Sept. 1. Pitt is in the middle of spring drills, which will wrap up with the Blue-Gold Spring Game on April 9.

“Our ACC championship season was the result of a strong culture and foundation that Pat Narduzzi has tirelessly built for Pitt football,” athletic director Heather Lyke said. “That foundation has our program positioned for sustained success well into the future."