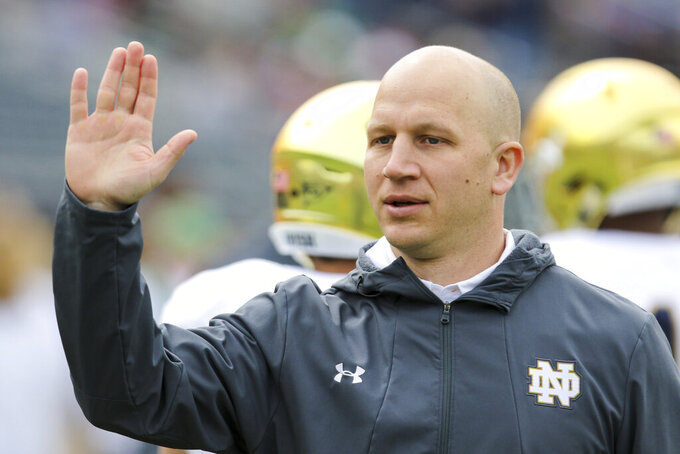 NASHVILLE, Tenn. (AP) — Clark Lea remembers only too well the agony of playing for the Vanderbilt Commodores, working hard only to pile up far too many losses.

The first-time head coach took a big step toward fixing that Wednesday with his first spring practice at his alma mater. A fullback between 2002 and 2004, Lea saw the Commodores go 6-29 in that span and said he still feels some of the pain from of those frustrating losses.

“Those challenges are what drove me into coaching honestly,” Lea said. “It was like, ‘How do we get this where no one else has to experience this level of disappointment?’”

Lea was hired in December to take over his alma mater and turn around a program that has perennially held down the cellar of the Southeastern Conference. Vanderbilt fired Derek Mason in November after going 3-18 over his last two seasons, and the Commodores had just two bowl berths in his tenure.

Vanderbilt has 17 starters back, a head coach ready to grow into his new role and bringing a new approach to finding the right players for the Commodores.

Lea hired a staff of 10 new assistants, keeping only Vanderbilt alum and former NFL defensive lineman Jovan Haye. Part of Lea's new staff is Barton Simmons, who worked for Rivals.com and 247Sports in scouting and analysis, as general manager and director of personnel.

The former Notre Dame defensive coordinator spent Wednesday working his way across two practice fields making notes with his chief of staff and director of operations to ensure everything works as it should.

“I’ll continue to like learn more about my role and continue to grow into this role,” Lea said. “But I’m pretty comfortable with what I’m going to need to do and felt like I was able to do that to a certain level of success today.”

The Commodores also practiced without numbers Wednesday, something Lea wants them to earn first.

“We’re going to earn everything in this program," Lea said.