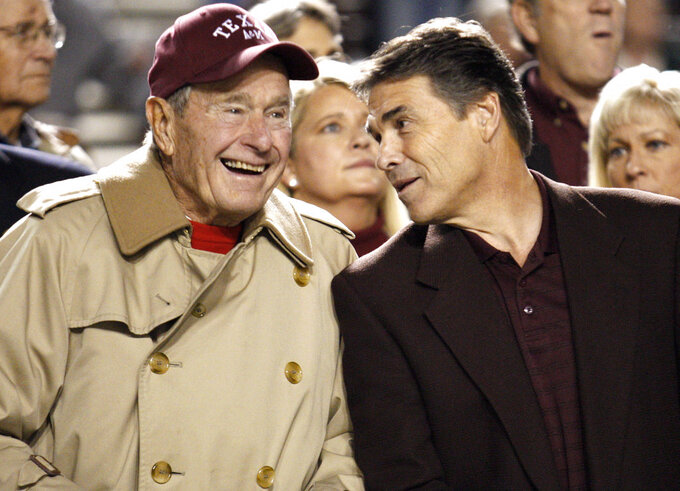 Bush, who died on Friday at 94, was a frequent visitor to Aggie sporting events. His presidential library is located at Texas A&M and he'll be buried there on Thursday.

The tribute patch will first be worn by the men's and women's basketball teams during their games. The patch, approved by the family, is based on the shield from the official President Bush 41 logo. It will be in the school's colors of maroon and white.

The football team will wear the design as a helmet decal when it meets North Carolina State in the Gator Bowl on Dec. 31.

The various Texas A&M's teams will wear the uniform patch for the remainder of the school year.