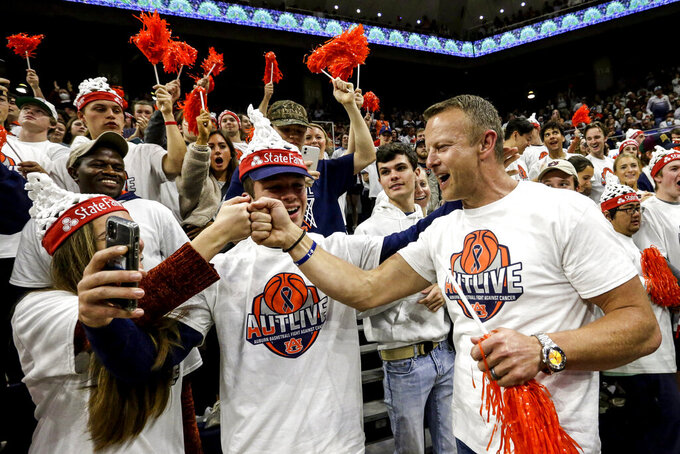 Auburn football coach Bryan Harsin greets fans during the first half of an NCAA college basketball game against Texas A&M Saturday, Feb. 12, 2022, in Auburn, Ala. Harsin was retained as head coach after an investigation. (AP Photo/Butch Dill)

Kieseau was brought in as an offensive analyst in February 2021 but took over receivers when Harsin fired Cornelius Williams four games into the season.

“One of the biggest things our players and program needs going from year one to year two with us is consistency — consistency with the system, the coaches and our plan for success,” Harsin said in a statement. “Coach Kiesau and coach Bellantoni are excellent football coaches and teachers of the game with 44 years of Division I experience between them, including 22 combined years in coordinator roles.

"Both have been part of the relationship-building process over this past year here at Auburn, with the team and staff. They understand fully and are bought in on our goal and process.”

Auburn investigated Harsin's program after 18 players and five assistant coaches departed, but opted to retain him. The buyout would have been $18.3 million.

Kiesau spent the 2016 season as offensive coordinator at Fresno State and served as the interim coach for the final four games.