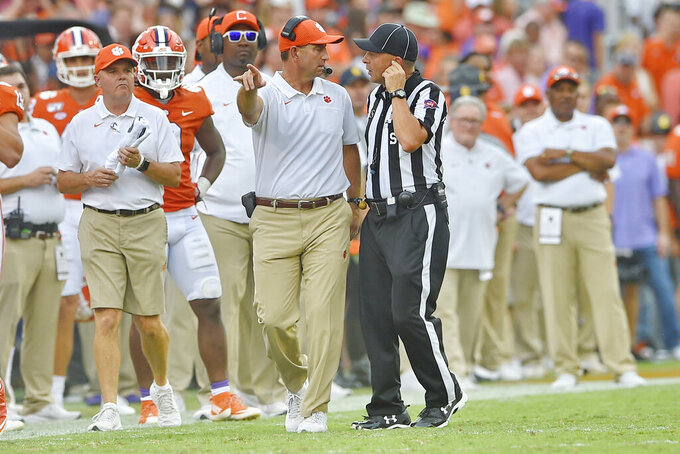 Swinney angrily shouted at Potter after he missed a 24-yard kick right before halftime in a 45-14 win over Florida State on Saturday. Swinney followed Potter down the sidelines, yelling as he walked. Steven Sawicki kicked for Clemson (6-0, 4-0 Atlantic Coast Conference) the rest of the game and Swinney said Potter was second string after the game.

The coach said Tuesday he will use both kickers against the Cardinals (4-2, 2-1) with Sawicki getting the call on short field goals.

The Tigers have won 21 straight games.