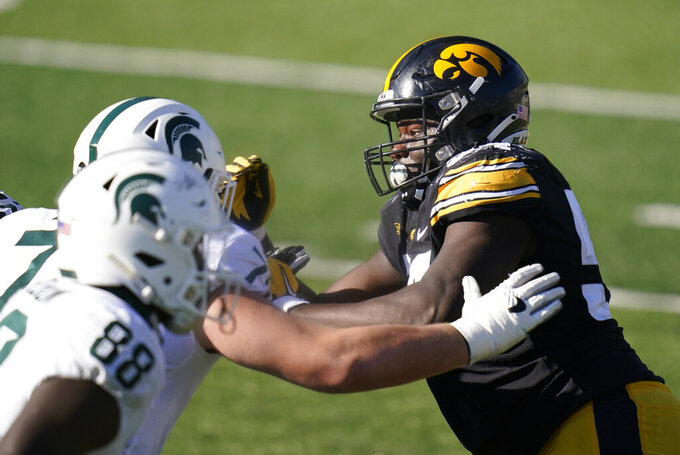 Nixon made the announcement on social media Wednesday, and the athletic department confirmed his decision.

“I am very happy for Daviyon and his family. I know he put a lot of time into making the choice to take this step,” Iowa coach Kirk Ferentz said. “Since he arrived on campus, Daviyon put in a tremendous amount of work to be a difference maker for us on defense and in the locker room."

Nixon was a first-team Associated Press All-American and the AP Big Ten defensive player of the year.

Nixon led the Big Ten in tackles for loss (33), tied for the conference lead in sacks (5 1/2) and had the most tackles by a Big Ten defensive lineman (41).