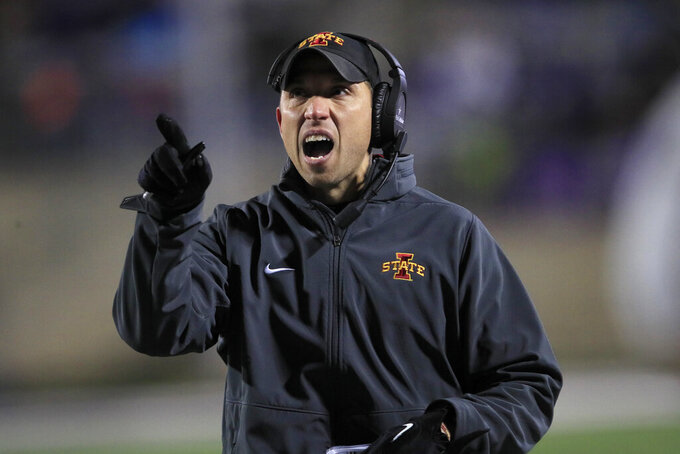 The Cyclones announced Tuesday that Campbell has been locked up for the next six seasons, ending speculation he would be a candidate for any number of job openings. Terms were not disclosed.

Iowa State, picked third in the Big 12 preseason poll, finished the regular season at 7-5 — though three of those losses came to ranked opponents by just four combined points.

“I greatly appreciate Dr. (Wendy) Wintersteen's and (Iowa State athletic director) Jamie’s (Pollard) proactive approach to extending my contract,” Campbell said. “My staff and I will be on the road this week actively recruiting the next class of Cyclones and it is important for recruits and their families to understand my commitment to Iowa State.”

Iowa State and Campbell agreed to a six-year, $22.5 million contract in 2017 and extended that deal by a year last December.

Campbell has led the Cyclones to three straight winning seasons for the first time in over four decades, prompting rumors that he might be poised to leave Ames for a more prestigious program. The speculation could potentially hurt recruiting, with the first signing day of this cycle coming in two weeks.