LSU defensive end Andre Anthony out for rest of season 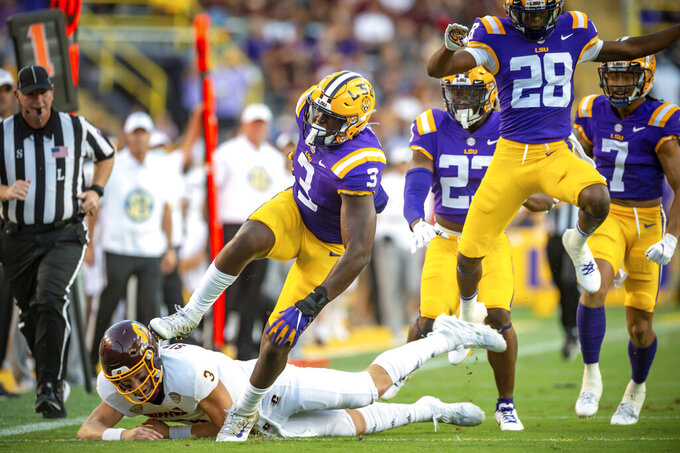 Anthony is a sixth-year senior and defensive captain who had been among the most productive players on the Tigers' defense so far this season.

Playing less than three full games, he had four tackles for losses and 3 1/2 sacks to go with a fumble return for a touchdown.

The scoring play came during the first quarter of a 49-21 victory over Central Michigan on Saturday night. Late in the second quarter of that game, Anthony needed assistance from trainers to get to the sidelined and limped gingerly to the locker room.

Orgeron said Smith, a top recruit who'd played more at defensive tackle to start the season, also has the potential to thrive at defensive end.

“He’s very athletic to play in space. I think he has a chance to be a dominant football player there,” Orgeron said. “He’s a great inside rusher. He’s learning how to play outside. I think he’s just scratching the surface.”

The Tigers (2-1) have won two straight — albeit against non-power-conference competition — since a season-opening 38-27 loss at UCLA that dropped LSU out of the AP Top 25 poll.