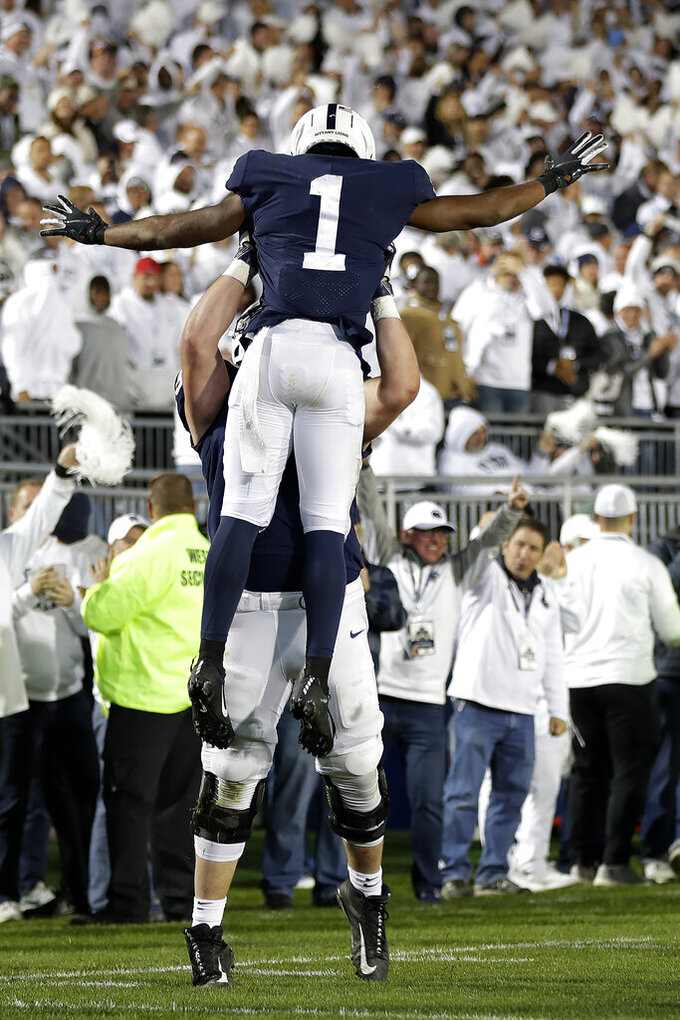 The Nittany Lions will try to stay unbeaten and set up a possible matchup of undefeated teams at Minnesota on Nov. 9. (The Golden Gophers face Maryland on Saturday and both teams are off next week.) Michigan State is trying to show it can still play with the top teams in the Big Ten after losing to Ohio State and Wisconsin by a combined score of 72-10.

KJ Hamler vs. the Michigan State secondary. The Nittany Lions struggled to move the ball at times in last weekend's win over Michigan, but Hamler caught two touchdown passes, including a 53-yarder. He's a big-play threat that can hurt Michigan State even if the Spartans do a lot of things right. Hamler has had a catch of at least 20 yards in each of his last 10 games.

Penn State: QB Sean Clifford leads the Big Ten in total offense. He has 1,742 yards passing in seven games, along with 269 rushing.

Michigan State is playing its third straight game against a team in the AP top 10, only the third time in school history that's happened. The Spartans also had to do it in 1970 and 1972. ... Penn State's Noah Cain has rushed for six touchdowns, one shy of the school's freshman record held by D.J. Dozier and Saquon Barkley. ... Michigan State beat Penn State 21-17 last season, scoring the winning touchdown with 19 seconds left.