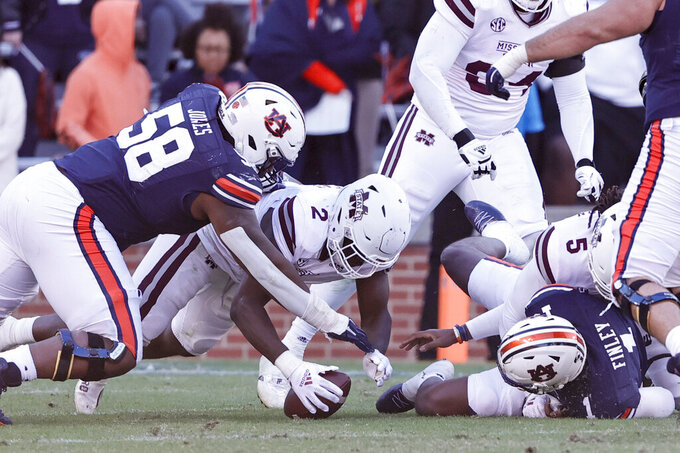 Line: Mississippi State by 16.5 according to FanDuel Sportsbook.

Memphis looks to improve on last season’s 6-6 finish and win its second in a row against the Bulldogs. MSU was 7-6 and aims to avenge last year’s 31-29 road loss. The Bulldogs also seek to start strong with subsequent challenges at Arizona and LSU the next two weeks.

Mississippi State quarterback Will Rogers vs. Memphis QB Seth Henigan. While this isn’t a head-to-head matchup, these two signal callers figure to llight up the scoreboard. Rogers posted another record-breaking season, throwing for 4,739 yards to lead the SEC at 364.5 per game. He completed 50 of 67 passes for 419 yards and three touchdowns against Memphis last year. Henigan hung up his own gaudy numbers as a true freshman, throwing for a record 3,322 yards and 25 TDs with just eight interceptions. He passed for just 159 yards against MSU last year but rallied the Tigers with two second-half TDs.

Memphis: CB Quindell Johnson returns after ranking second in the AAC with 104 tackles along with six pass breakups, 4.5 tackles for loss, a sack and an interception.

Mississippi State: LB Tyrus Wheat returns for a fifth season after leading the Bulldogs with 10.5 tackles for loss and 7.5 sacks, seventh most in the SEC last season.

Both schools qualified for bowls last season, with Memphis declared the winner of the canceled Hawaii Bowl and MSU falling to Texas Tech in the Liberty Bowl. ... The Tigers are opening on the road for the first time since the 2010 season. ... Nearly 52% of Memphis’ two-deep depth chart are redshirt sophomores or younger. ... Mississippi State outgained Memphis 469-246 in last year’s matchup but failed twice on fourth-quarter, two-point conversion attempts. ... The Bulldogs had 101 passes for 15-plus yards last year, including 29 of 25 or more. ... The Bulldogs are 15-4 against the Tigers in Starkville.