Missouri aims to bounce back from loss vs Abilene Christian 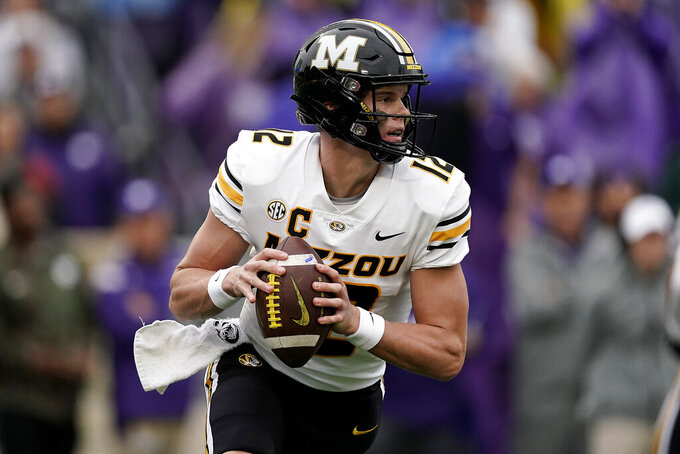 Missouri needs to bounce back after getting thoroughly dominated by Kansas Statein the first meeting of former Big 12 rivals in more than a decade. The Tigers were shut down offensively, struggled to contain the Wildcats' ground game and even allowed a punt return touchdown in a 40-12 blowout. They're taking on a Football Championship Subdivision program in Abilene Christian that is 2-0 for the first time since 2013 after wins over Lamar and Prairie View A&M. It's also the first time the Wildcats have been 2-0 with both wins coming against Division I opponents.

Missouri QB Brady Cook was just 15 of 27 for 128 yards with no touchdowns and a pair of interceptions against Kansas State. He'll face an Abilene Christian defense that has allowed 27 points through its first two games.

Missouri K Harrison Mevis has been perfect for the Tigers this season, hitting three field goals with a long of 49 yards, and was perhaps the only bright spot in last week's loss at Kansas State.

Abilene Christian's only other games against SEC opponents came against Arkansas in 1948 and Mississippi State in 2019. ... The Wildcats held Prairie View A&M scoreless in the second half last week to rally for the 21-13 victory. ... Missouri led 3-0 at Kansas State before allowing 20 straight points to end the first half. ... The Tigers' only touchdown against its old Big 12 rival was RB Cody Schrader's run on an untimed down to end the game. ... Missouri WR Barrett Banister needs one catch to become the 25th player in school history with 100. ... Tigers DT Isaiah McGuire blocked an extra point last week, the first by the program since Dec. 5, 2020, against Arkansas. The Tigers blocked a field goal in their opener against Louisiana Tech.