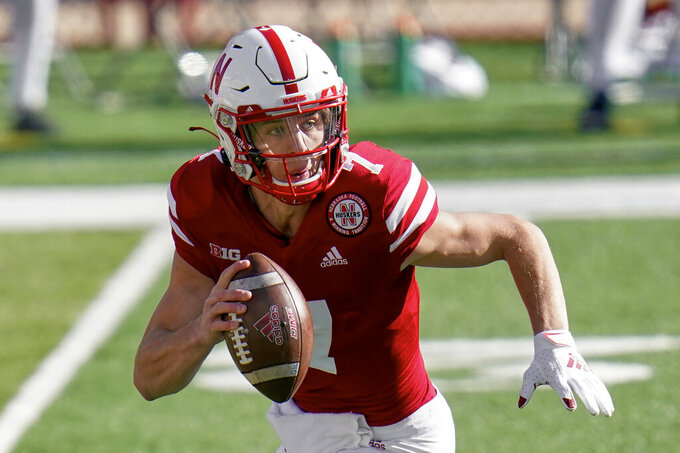 The brother of NFL star Christian McCaffrey nearly beat out Adrian Martinez for the Cornhuskers' starting job last fall, and coach Scott Frost in November called the redshirt freshman "the future” at quarterback.

McCaffrey replaced an ineffective Martinez as the starter for the third game, a win over Penn State, but committed four turnovers in a loss to Illinois the next week. Martinez returned as starter for the final four games as the Huskers finished 3-5.

McCaffrey completed 48 of 76 passes for 466 yards and one touchdown and rushed 65 times for 364 yards and three TDs. He was on the sideline in street clothes for the final game at Rutgers.

“After struggling with this decision for weeks, I have decided to enter the transfer portal and explore my options,” McCaffrey tweeted. “I am thankful for the support Nebraska fans have shown me. I have so much love for my coaches and teammates from my time here. I am excited for the future.”

The Huskers' top playmaker, receiver Wan'Dale Robinson, entered the portal after the season and announced his transfer to Kentucky the same week.