No. 15 SMU looks to stay undefeated against No. 24 Memphis 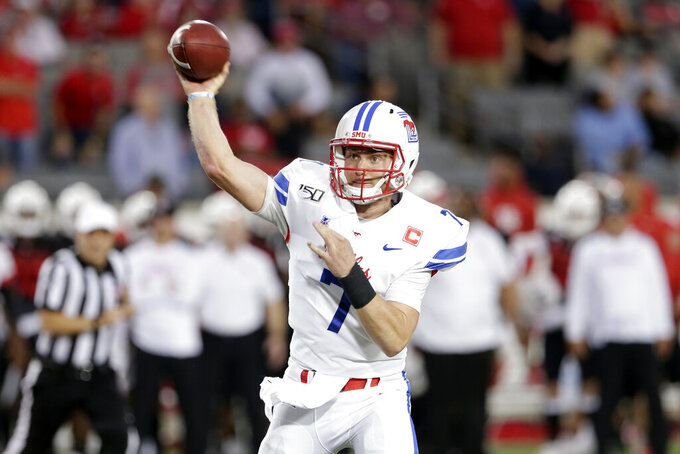 SMU quarterback Shane Buechele (7) passes the ball against Houston during the first half of an NCAA college football game Thursday, Oct. 24, 2019, in Houston. (AP Photo/Michael Wyke)

A New Year's Six game remains a possibility for the winner, while SMU is chasing even more than that with its best season since 1982. Memphis has a chance at a statement win in arguably the biggest football game yet for a school best known for basketball. This is the first time in Tigers' history that both the football and men's basketball teams have been ranked in the same week.

Memphis: RB Kenneth Gainwell. The redshirt freshman has topped 100 yards rushing in six straight games, the third-longest streak in Memphis history. He ran for 149 yards with a career-high three TDs last week, and he is first nationally with five plays of 50 yards or longer from scrimmage. Gainwell ranks second nationally with 1,419 all-purpose yards.