No. 21 Tulane hosts nemesis SMU with AAC hopes at stake 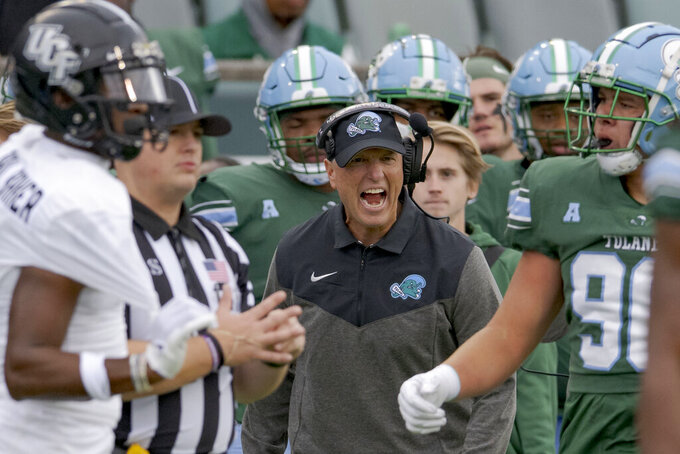 Tulane can assure itself a spot in the American Athletic Conference title game, climb back up the rankings and improve its bowl game credentials by winning its final two games. SMU is just a game behind UCF, Tulane and Cincinnati in the AAC standings and can climb back into contention for a conference title game berth by winning out and getting a little help.

SMU RB tandem Camar Wheaton and Tyler Lavine against a Tulane run defense led by linebackers Nick Anderson and Dorian Williams, and which ranks among the AAC's best. Wheaton and Lavine each rushed for 112 yards last week, with Wheaton scoring twice.

SMU: WR Jordan Kerley had 156 yards and a TD in a victory over South Florida last week.