No. 22 Flames look to keep rolling against debuting WCU 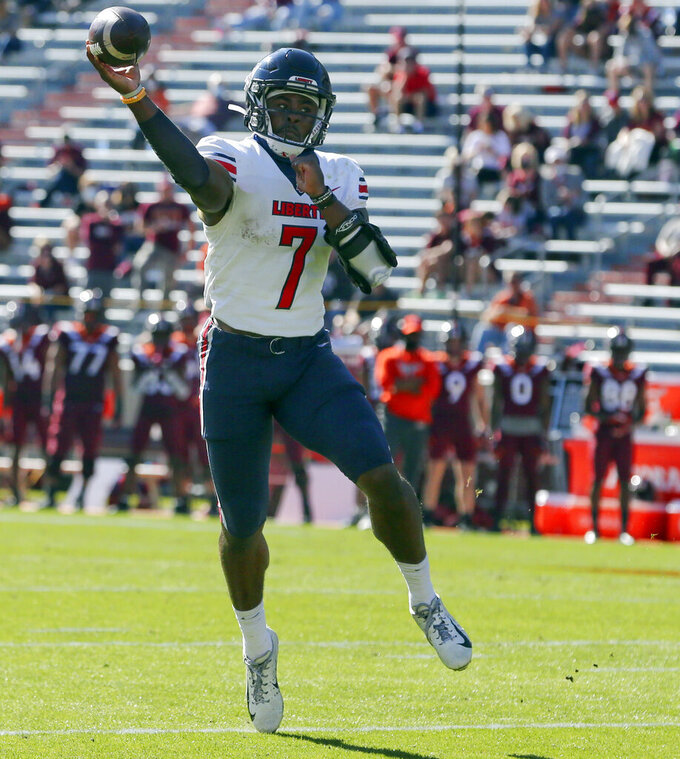 The Flames made some believers last week with their dramatic victory at Virginia Tech, but have little to gain against a team making its 2020 debut as essentially an exhibition season before its Southern Conference play in February.

Liberty RB Joshua Mack vs. WCU's defense. He doesn't lead Liberty in rushing because QB Malik Willis has been so effective, but he's the primary guy that makes too much focus on Willis dicey. He (6.7 yards per carry) and Shedro Louis (7.9) are both dangerous, hence the gaudy 254 rushing average, which is 12th-best in the FBS.

Western Carolina: WR Daquan Patten. He caught 46 passes for 433 yards and two touchdowns last season and figures to be a focal point of the offense this season.

Liberty: Willis. Odds are he won't need to play much in the second half unless he departs from his recent play, which includes two rushing TDs and nine passing in the last two weeks. He shredded the Hokies for 108 rushing yards and 217 through the air.

The Catamounts are playing three road games in the fall before playing a SoCon slate starting in February. ... Western Carolina scored on its first offensive play from scrimmage three times in 2019, but still finished 3-9. ... WR D.J. Thorpe caught 24 passes for 302 yards and a TD last year, but won't play in the fall. ... Liberty has had four players rush for over 100 yards in a game, and Willis averages 100.5. ... Willis has thrown for 12 touchdowns with just one interception. ... PK Alex Barbir's 51-yard field goal to beat the Hokies was the longest of his career; his previous best was 42 yards.