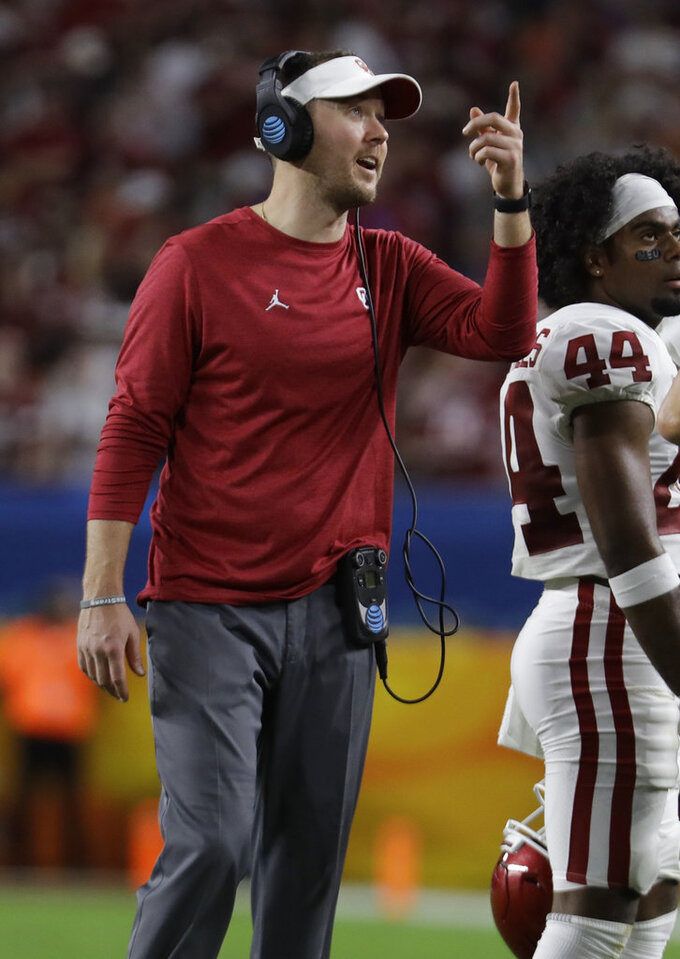 NORMAN, Okla. (AP) — Oklahoma and Lincoln Riley have agreed to a contract extension, which should quell speculation about the second-year coach being lured away by an NFL team.

Oklahoma announced Tuesday that contract terms were being finalized and would be subject to approval by the board of regents late this month.

"We felt it important to extend and amend Lincoln's contract at this time as we want him at the University of Oklahoma for a long time," university president James Gallogly said in a statement. "He is a great coach and role model for our student-athletes. His record of success speaks for itself."

The 35-year-old Riley has led the Sooners to consecutive Big 12 championships and College Football Playoff appearances. Oklahoma is 24-4 overall and 16-2 in the conference under Riley with two Heisman Trophy winning quarterbacks — Baker Mayfield and Kyler Murray.

"He has proven to be one of the most innovative minds in the game today as well as a very successful leader for his student-athletes," athletic director Joe Castiglione said.

Riley was promoted from offensive coordinator at Oklahoma in the spring of 2017 after Bob Stoops retired. Oklahoma's creative and prolific offenses have drawn attention of NFL teams and made Riley a potential candidate to fill coaching vacancies in the league. Oklahoma has led the nation in yards per play each of the last two seasons.

"My family and I are very appreciative of the support the University of Oklahoma has shown. We're thankful for the relationships we have with President Gallogly, Joe Castiglione, the OU Board of Regents and the entire Norman community," Riley said. "This has been a great home for us. We've had a great start and we're excited for many more great years in the future."