Oklahoma State, Baylor to meet in battle of unbeatens 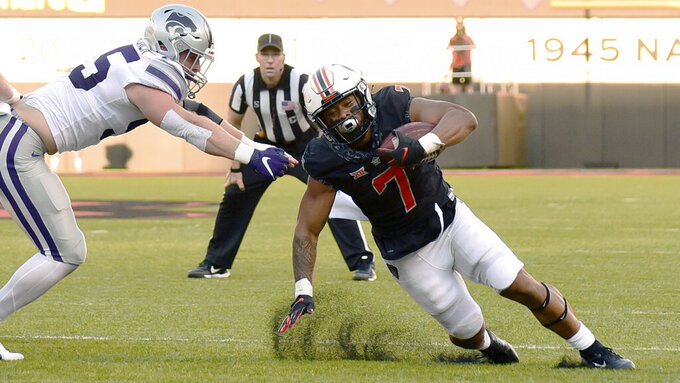 Line: Oklahoma State by 3 1/2 according to FanDuel Sportsbook.

It’s early, but the winner would be in a prime position to make a run at a spot in the Big 12 title game. Baylor is looking to defeat ranked opponents in consecutive weeks for the first time since 1974. The Bears are coming off a win over then-No. 14 Iowa State and have climbed into the rankings after finishing 2-7 last year. Oklahoma State seeks its first 5-0 start since 2015.

Baylor: Ebner. He is a dangerous return man who ranks fourth nationally with 166 all-purpose yards per game. He had a 98-yard kickoff return for a touchdown in the third quarter against Iowa State.

Oklahoma State: RB Jaylen Warren. The transfer from Utah State ran for 218 yards and two touchdowns against Boise State and had 204 yards from scrimmage last week against Kansas State.