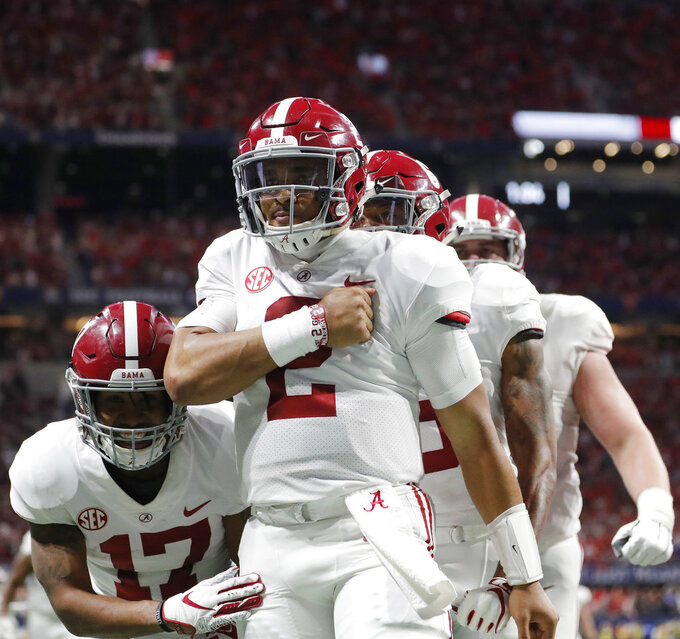 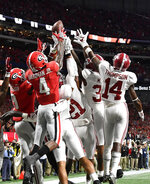 The SEC championship thriller between Alabama and Georgia on CBS drew the highest television rating for regular-season college football game in seven years.

CBS announced Sunday the game drew a 10.52 rating, an increase of 25 percent over last year's SEC title game between Auburn and Georgia and the best rating for any non-bowl game since LSU and Alabama played a No. 1 vs. No. 2 matchup in November 2011. That Game of the Century got an 11.9 rating on CBS.

The network said Alabama's 35-28 victory Saturday was the second-best rating for an SEC championship since the event started in 1992, trailing only Florida-Alabama in 2009 at 11.8.

The pervious highest-rated game this season was Ohio State-Michigan last week on Fox, which drew a 7.5 rating.