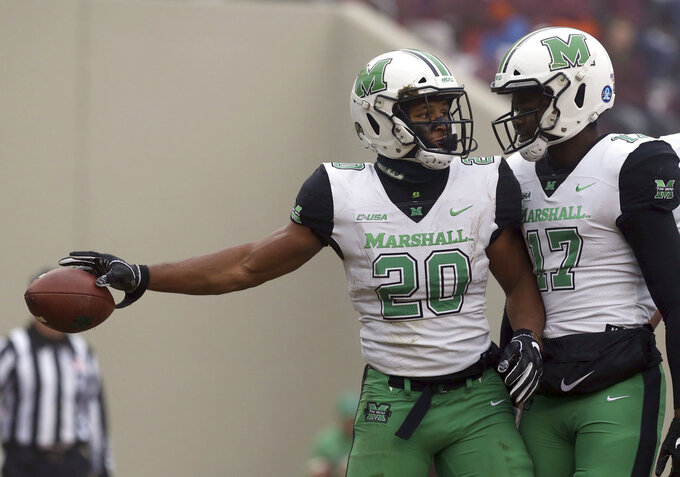 Brenden Knox (20) of Marshall celebrates a touchdown run with quarterback Isaiah Green (17) in the first half of an NCAA college football game in Blacksburg Va. Saturday, Dec. 1 2018. (Matt Gentry/The Roanoke Times via AP)

USF: The Bulls raced to a 7-0 start and then lost their final five regular-season games. They will try to end that skid by playing a bowl game at their home stadium.