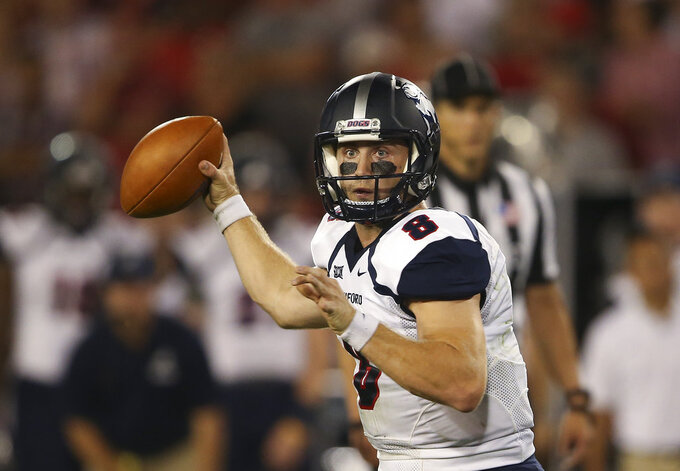 The Bison have won six of the last seven FCS national titles.

Stick is a finalist for the Walter Payton Award, given to the best player in the Football Championship Subdivision. The other finalists are Samford second-team quarterback Devlin Hodges, who broke the FCS record for career passing yards this season with 14,584, and third-team quarterback Chandler Burks for Kennesaw State.

Cal Poly's Joe Protheroe, the leading rusher in FCS with 1,810 yards, was first team at running back and San Diego's Michael Bandy, who leads in yards receiving with 1,698, made All-America at receiver.

Sam Houston State defensive end Derick Robinson, who leads the nation in sacks with 15, highlighted the FCS All-America first team defense along with Dartmouth defensive back Isiah Swann, who leads with nine interceptions.