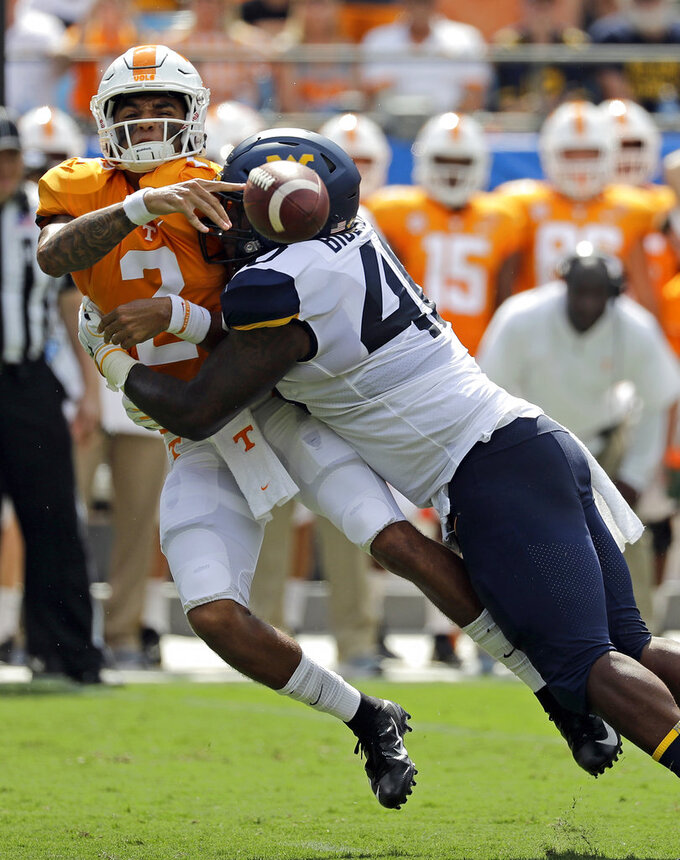 Tennessee's Jarrett Guarantano (2) loses the ball as he is hit by West Virginia's Kenny Bigelow Jr. (40) in the first half of an NCAA college football game in Charlotte, N.C., Saturday, Sept. 1, 2018. The play was ruled an incomplete pass. (AP Photo/Chuck Burton)

CHARLOTTE, N.C. (AP) — The second half of the game between No. 17 West Virginia and Tennessee has resumed after a weather delay of over an hour
The threat of lightning forced officials to clear the stadium and send fans into the concourse. The game resumed after a 65-minute delay.
West Virginia scored shortly after play resumed to take a 20-7 lead early in the third quarter. The Mountaineers led 13-7 at halftime.
Heisman Trophy candidate Will Grier was 9 of 15 for 154 yards with one touchdown for the Mountaineers in the first half.
___
More AP college football: https://apnews.com/tag/Collegefootball and https://twitter.com/AP_Top25