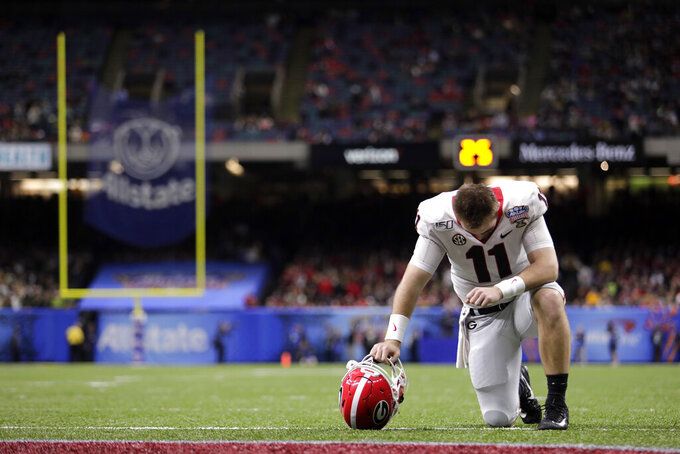 ATHENS, Ga. (AP) — With Jake Fromm heading to the NFL, quarterback Jamie Newman announced Saturday he will transfer to Georgia from Wake Forest for his final college season.

Newman is coming off his first full year as the Demon Deacons' starter. He completed 60.9% of his passes for 2,868 yards, with 26 touchdowns and 11 interceptions. He also rushed for 574 yards and six TDs.

Newman took over as the starter for the final four games of the 2018 season after Sam Hartman went down with a broken leg. He led the Demon Deacons to a 3-1 record.

“After careful consideration, and guidance from my family, I have decided to enroll at Georgia as a graduate transfer,” Newman wrote on Twitter. “I am excited about joining such a great football program.”

“I am ready to get to work, ready to make new friendships and committed to contributing to this great program,” Newman said. “This journey will surely be one that I never ever forget.”

D’wan Mathis enrolled at Georgia a year ago but suffered a major setback when severe headaches and sinus pressure led to him undergoing surgery in May to remove a cyst from his brain. He recovered from the operation and was able to work on the scout team late in the season.

Last month, the Bulldogs signed Carson Beck, a 6-foot-4, 226-pound quarterback from Jacksonville, Florida whose skills have been compared to Fromm’s.