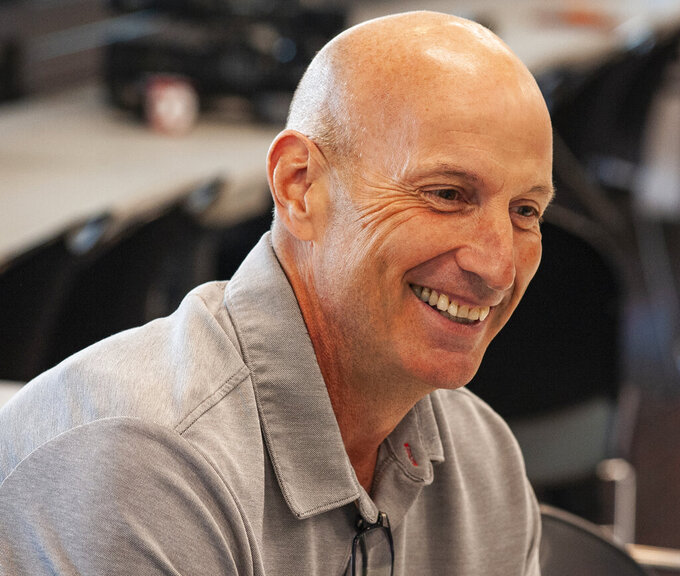 JONESBORO, Ark. (AP) — Wendy Anderson, the wife of Arkansas State football coach Blake Anderson, has died after a two-year fight with breast cancer. She was 49.

Blake Anderson says his wife died Monday night, just hours after the school announced he would be taking a leave of absence. He said on Twitter : "She passed as peacefully & gracefully as you could ever hope."

"I have been so blessed to have her by my side each day for the past 27 years," he wrote. "Thank you so much to all who have walked, prayed, cried, and loved her through this brutal 2 year battle."

Anderson had spoken during Arkansas State's Media Day on Aug. 1 about the possibility of stepping away at some point. He said at the time that he had spoken with school officials about his family situation and "kind of always wanted to make sure we were super prepared, pray for the best but prepare for the worst."

Anderson has gone 39-25 record in five seasons at Arkansas State. The Red Wolves open the season Aug. 31 by hosting SMU.

By Steve Megargee 26 minutes ago
By The Associated Press an hour ago
By Eric Olson 2 hrs ago
By Ralph D. Russo 2 hrs ago
By Pete Iacobelli 2 hrs ago