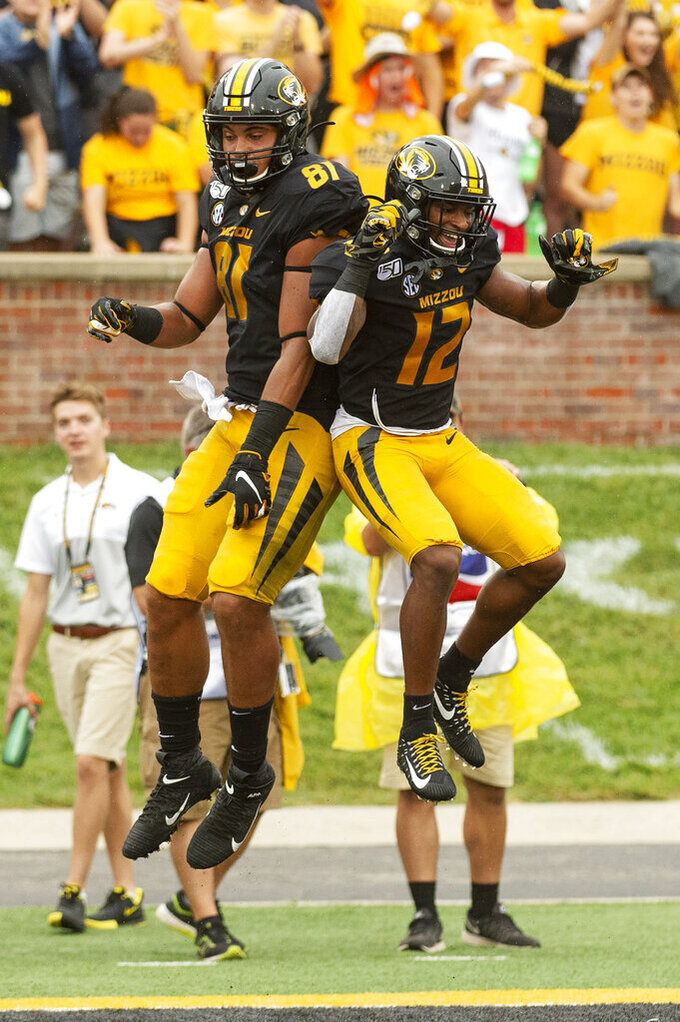 Linebacker Cale Garrett recovered a fumble in the end zone for a touchdown and safety Ronnell Perkins returned an interception 100 yards for another score for the Tigers (3-1, 1-0 Southeastern Conference). Missouri quarterback Kelly Bryant completed 19 of 33 passes for 227 yards and two touchdowns. He rushed 17 times for 77 yards.

"Probably as dominating a performance defensively as I've been around, at least in quite some time," Missouri coach Barry Odom said.

The Tigers began the scoring in the first quarter with a bizarre play. Hilinski's pass was batted back to him by Missouri defensive end Chris Turner. Hilinski grabbed the ball and spiked it at his own 1-yard line. Although the officials initially ruled the second throw an incomplete — and illegal — forward pass, Garrett scooped up the ball in the end zone. After a video review showed Hilinski's spike went backward, the original call was reversed, it was ruled a fumble and the Tigers were awarded a touchdown.

After throwing for only 3 yards in the first half, Hilinski threw a perimeter screen to wide receiver Bryan Edwards on the first play of the second half and Edwards weaved 75 yards for a touchdown. Hilinski guided the Gamecocks down the field on the ensuing drive by converting two third-down passes and one fourth-down pass. But on third-and-goal from Missouri's 3-yard line, Hilinski threw it right to Missouri's Perkins in the end zone, and he returned it 100 yards to give the Tigers a 31-14 lead.