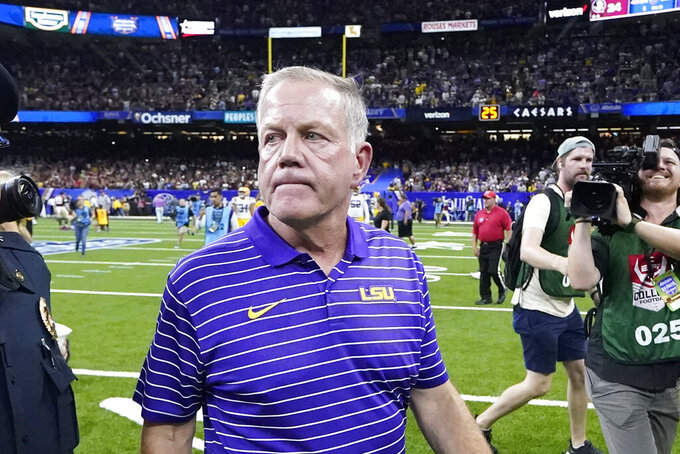 New LSU coach Brian Kelly is looking for his first victory with the Tigers, who had a lot of cleaning up to do after a slew of miscues, including that blocked extra point with no time left, in the 24-23 season-opening loss to Florida State in New Orleans. Southern has already won, financially speaking. This game is a $700,000 payday for the Jaguars, who have only to bus across Baton Rouge to reach Tiger Stadium. Although the historically Black university plays in the Football Championship Subdivision, the game is generating a lot of fanfare. The two Baton Rouge schools have each played football more than a century and have large fan bases, but they have never played each other.

LSU’s defensive front against Southern QB BeSean McCray, who ran for a 65-yard TD and completed 7 of 12 passes for 79 yards in the only quarter he played in an 86-0 win over NAIA Florida Memorial. If McCray can continue to run new coach Eric Dooley’s up-tempo offense efficiently against the Tigers, Southern could have a more competitive showing than some might expect against its power-conference host.

Southern: DB Glenn Brown returned an interception for a touchdown and LB Jordan Lewis had a sack and strip that he converted into a fumble return for a score.

LSU: QB Jayden Daniels, a transfer from Arizona State, started the opener and displayed his dual-threat capabilities. He rushed for 114 yards, mostly on scrambles, and completed 26 of 35 passes for 209 yards and two TDs. Daniels became the first QB in LSU history to pass for 200 yards and rush for 100 yards in a game decided in regulation. Former LSU QB Joe Burrow also did so in a seven-overtime game in 2018.