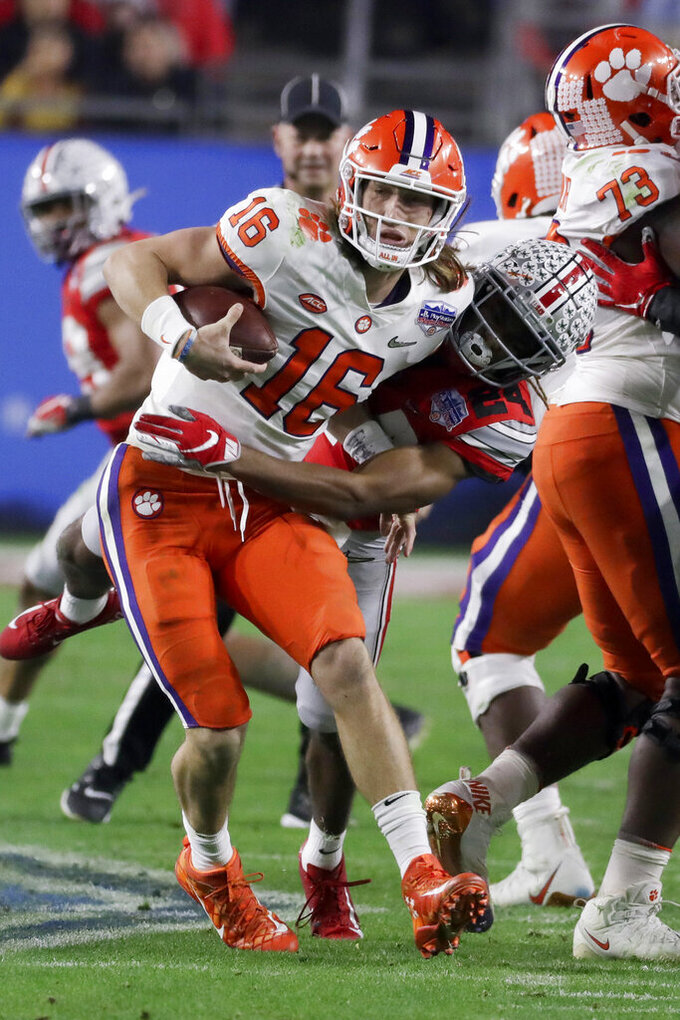 GLENDALE, Ariz. (AP) — Ohio State cornerback Shaun Wade has been ejected for targeting, leaving the second-ranked Buckeyes without a key defensive player against No. 3 Clemson in the Fiesta Bowl.

Wade was ejected late in the second quarter Saturday night for a helmet-to-helmet hit on Clemson quarterback Trevor Lawrence.

Lawrence laid on the field and had to be attended by trainers after Wade's hit and another hit that twisted his left knee. He returned for the next series.

Officials reviewed the play while Lawrence was on the ground and determined it to be targeting.

Wade had 25 tackles and an interception entering the Fiesta Bowl.