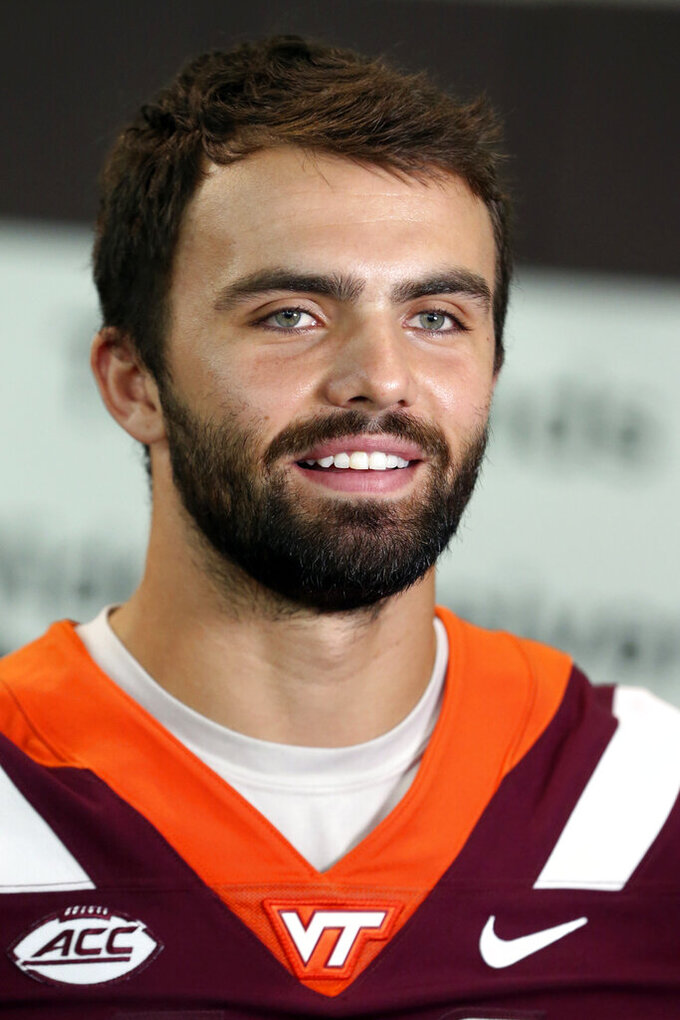 “When I walk in the building every day, Bud is upstairs and Brent Pry is down the hall, so you’ve got a lot to live up to,” Marve said. “You have a tremendous amount of responsibility, a pride that comes not only with this program, but specifically with the defensive segment of the team.

The Hokies’ defense, typically among the stingiest in the nation under Foster, has eight starters returning and should improve significantly from the unit that allowed 393 yards and 25.3 points per game en route to a 5-6 record.

The Hokies were expected to thrive offensively under coach Justin Fuente, who was fired after last season, but never really reached that standard.

Pry, whose last stint in Blacksburg was 1995-97, hopes transfer quarterbacks Grant Wells from Marshall and Jason Brown from South Carolina improve his team's chances to be effective on that side of the ball.

Wells threw for 3,532 yards and 16 touchdowns last season for the Thundering Herd; Brown started four times for the Gamecocks, leading them to upset victories against Florida and Auburn.

The need for more receivers has caused the Hokies to consider using running back Keyshawn King at receiver, especially since Malachi Thomas and Jalen Holston have impressed as ball carriers. Connor Blumrick, a quarterback in the rotation last season, also has moved to tight end to help in the passing game.

Whichever transfer wins the job, the Hokies are likely to get better play from the position than they did under Fuente, who never showed the ability to develop a player into a clear starter. Wells and Brown have both had success at their previous stops and bring credibility because of it.

Thomas had flashes of success when given a chance last season, and Holston seems to be thriving with a second chance and a clean slate, according to the coaches. Lane Stadium can be a difficult place to play, especially later in the season, making a solid running game essential to battle weather and an opponent.

Pry’s previous experience as an assistant under Foster, and Foster’s presence in the building as a special assistant to AD Whit Babcock, have made clear that the program's priority is restoring its defensive dominance. Virginia Tech's defense and special teams were hallmarks under longtime coach Frank Beamer.

Penn State has always had success recruiting in Virginia, and Pry was among those Nittany Lion assistants convincing prospects to bring their talents to Happy Valley. Now, he’s determined to get more players to stay home.

“We’re going to recruit the heck out of the state of Virginia,” he said. “That’s very important to me. I saw what it did for coach Beamer and his staff and his program."

The Hokies open on the road at Old Dominion, where they lost in 2018. The game will pit Pry against Monarchs coach Ricky Rahne, a longtime colleague at Penn State. A Thursday night home date with West Virginia is already sold out, and the Hokies close the season against rival Virginia on Nov. 26.

“It’s kind of fun, to be honest. Ricky and I competed against each other in practice for years, you know, so we know each other that way,” Pry said while lamenting — as did Rahne — the inability to pick each other's brains in season.