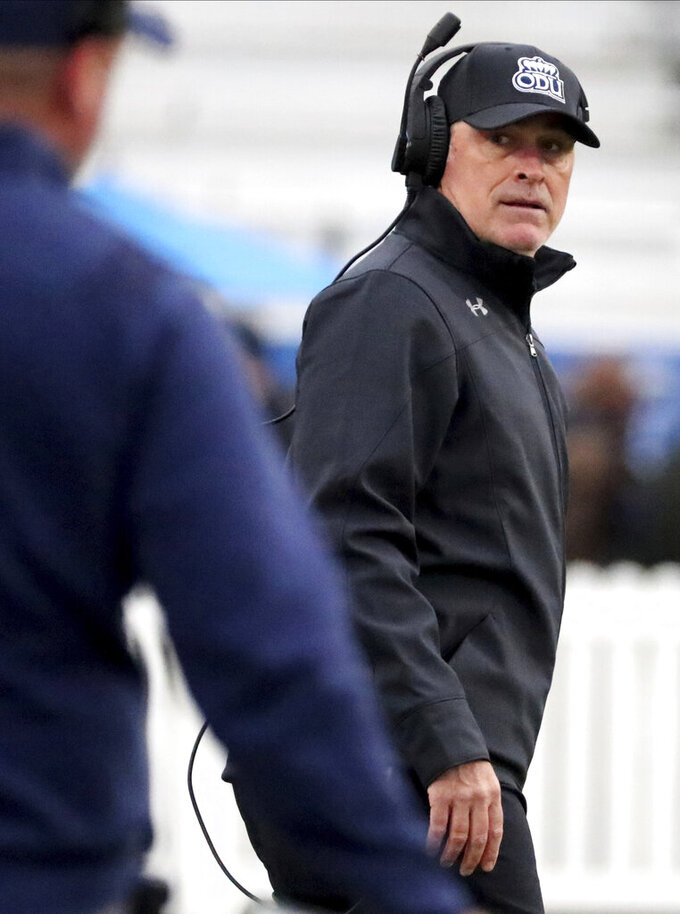 Wilder was hired 13 when Old Dominion decided to restart its football program. He signed his first class in 2008 and the Monarchs played their first games in 2009. Wilder compiled a 77-56 overall record with the Monarchs, including a 10-3 mark in 2016 when ODU won the Bahamas Bowl.

Success has been fleeting the last three seasons as the Monarchs compiled a 10-26 record, including a program-worst 1-11 record this season. The decline comes at the time when ODU invested $67.5 million to build a new S.B. Ballard Stadium.

Selig says the Old Dominion Athletic Foundation will cover the $600,000 buyout Wilder is due.

A national search for a new coach will begin immediately.