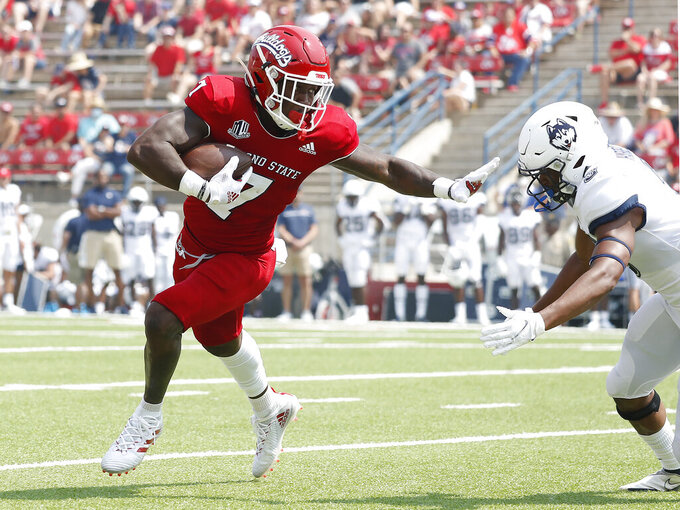 FRESNO, Calif. (AP) — Jake Haener threw for three touchdowns and 331 yards and Fresno State started its 100th year of football with a 45-0 win over Connecticut on Saturday.

Haener left the contest on the Bulldogs' first drive of the second half due to apparent leg cramps as temperatures on the field reached 120 degrees.

Haener, a transfer from Washington, threw all his TD passes in the second quarter and by intermission had 299 passing yards.

Haener threw a short crossing route to Jalen Cropper who weaved and outraced the defense for an 86-yard score to make it 28-0 just before halftime.

Fresno State struck first with 2:52 left in the first quarter when defensive end Arron Mosby sacked quarterback Zac Zergiotis, forced a fumble then ran it back 31 yards for a 7-0 lead.