NBC to cut away from Clemson-Notre Dame for Biden speech 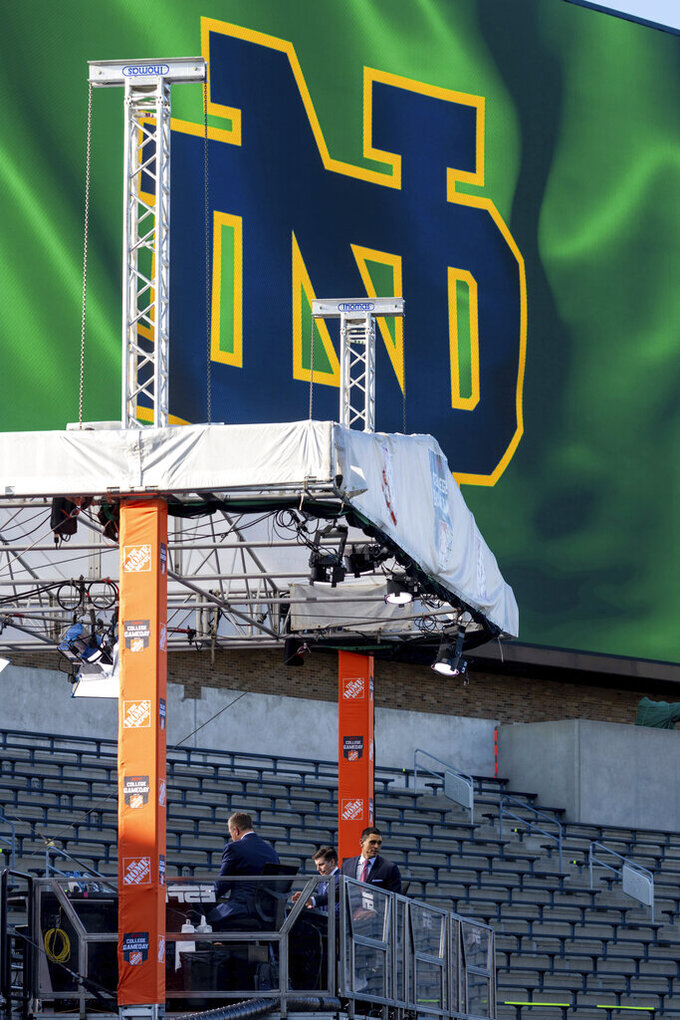 ESPN College Gameday host David Pollack, right, looks out toward the field as they prepare for their live broadcast from Notre Dame Stadium before the NCAA college football game between the Notre Dame and the Clemson in South Bend, Ind. (Matt Cashore/Pool Photo via AP)

NBC says it will cut away from the football game between No. 1 Clemson and No. 4 Notre Dame on Saturday night to show Democrat Joe Biden’s first speech as president-elect.

Biden is expected to address the nation around 8 p.m. EST, hours after news organizations including The Associated Press declared the former vice president the winner of the race against Republican President Donald Trump.