No. 6 Sooners are Joseph's 1st foe as Huskers' interim coach 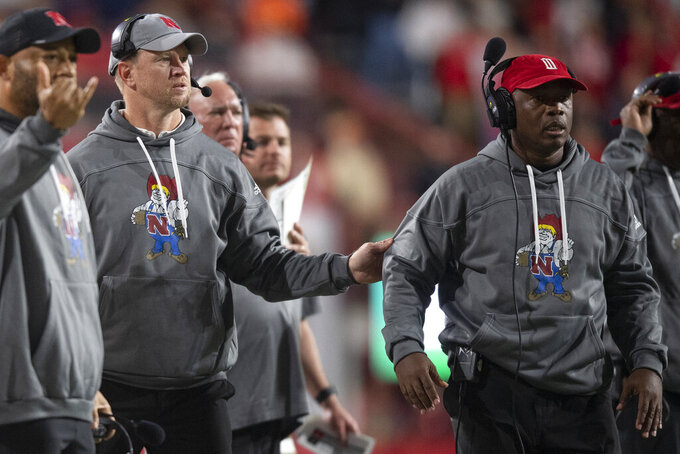 Line: Oklahoma by 10 1/2, according to FanDuel Sportsbook.

The magnitude of Oklahoma-Nebraska is a fading memory for younger fans and players, but the two-game series set up for 2021 and ‘22 give old-timers a chance to reminisce about the days when these teams ruled the old Big Eight. For the Sooners, this is a sharpener for their Big 12 opener against Kansas State. They need to get out to a faster start than they did last week against Kent State, when they punted on their first four possessions. The Huskers are sure to be playing on emotion following the firing of Scott Frost. Interim coach Mickey Joseph is in charge.

Oklahoma's run defense vs. RB Anthony Grant. The Sooners are allowing 2.3 yards per carry and have given up only three runs longer than 12 yards. Grant is the most consistent threat in Nebraska's offense. He's third nationally at just under 143 yards per game. If Grant is stymied, the Sooners can unleash a pass rush that has nine sacks in two games.

Oklahoma: QB Dillon Gabriel plays his first road game for the Sooners. The Central Florida transfer's passer rating is in the top-10 nationally, and if a Nebraska pass rush that has just two sacks in three games doesn't find a way to apply pressure, Gabriel could put up huge numbers.

Nebraska: QB Casey Thompson had a career day against the Sooners when he was with Texas last year, completing 20 of 34 passes for 388 yards and five touchdowns in a wild 55-48 loss. Confidence won't be an issue for him.