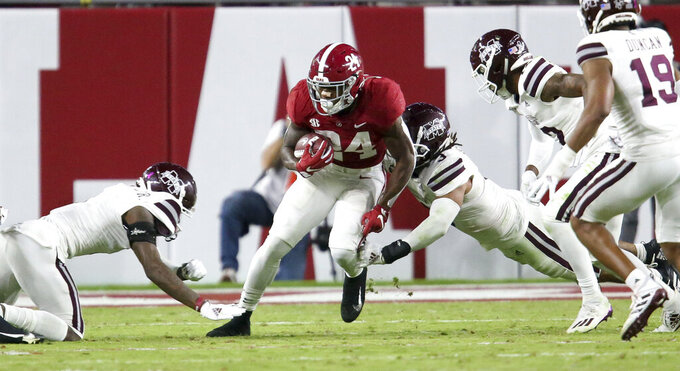 TUSCALOOSA, Ala. (AP) — Alabama coach Nick Saban says running back Trey Sanders is out indefinitely after undergoing surgery for unspecified injuries sustained in a car accident.

Saban said Monday Sanders' surgery was successful and that he was at UAB Hospital in Birmingham.

“We expect him to have a full recovery,” Saban said. “But I do think that he is probably out indefinitely. There’s no real timetable. He’s going to be OK, but pretty serious stuff.”

Sanders was injured in an accident on Friday morning. The former 5-star prospect missed last season with a foot injury but was coming off his best game for the top-ranked Crimson Tide against Mississippi State.

“He was really showing a lot this season, and he's a great guy,” Jones said.