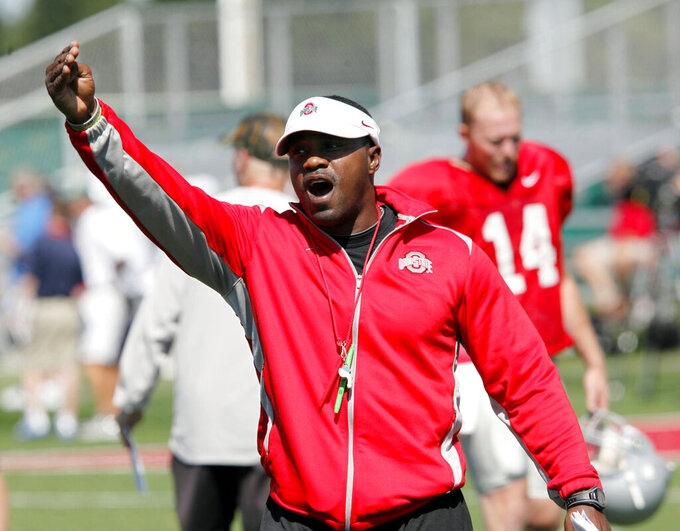 Drayton spent five years at Texas where he was associate head coach and run game coordinator and has coached for nearly 30 years at all levels of football, including a stint in the NFL. He has Pennsylvania ties with coaching stints at Villanova, Penn and his alma mater Allegheny (Pa.) College.

Temple athletic director Arthur Johnson made his first major hire since his October arrival and went with a coach he was familiar with following a seven-year stint in the Longhorns' administration.

“I had a chance to get to know Stan while we worked together at the University of Texas. He is an outstanding football coach and an even better person," Johnson said. "He knows what success looks like at the highest levels of football. He also knows what it takes to be successful in this city having spent six years of his career here and learned from two of the city’s legendary football coaches.”

Temple will introduce Drayton at a Thursday press conference. Temple fired Rod Carey last month after three seasons, ending a tenure that started with a bowl game and finished with a combined two conference wins in the last two seasons.

Drayton also coached at Ohio State, Florida, Syracuse, Tennessee, Mississippi State and Bowling Green. He also served as running backs coach for the Chicago Bears from 2015-16. He worked as offensive quality control coach/special teams of the Green Bay Packers in 2001-03.

“Philadelphia has always held a special place in my heart as my wife, Monique, and I got married while we lived here," Drayton said.

Temple is counting on Drayton to return it to bowl games. The Owls played in five straight bowl games from 2015-19.