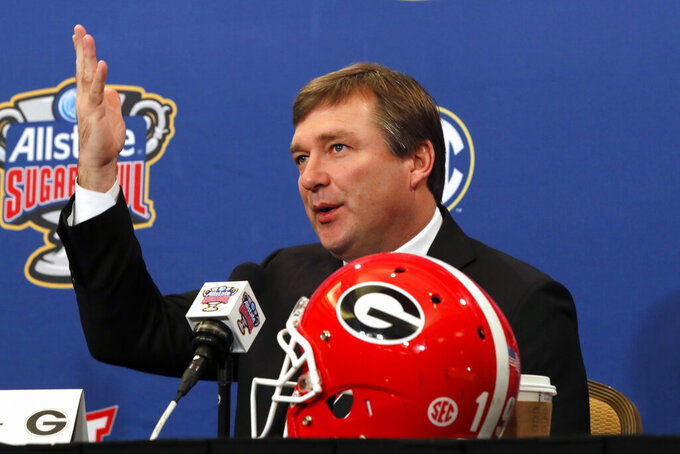 Former South Carolina coach Will Muschamp has accepted an off-field position at Georgia, his alma mater, as an analyst on Kirby Smart's staff.

Smart said Wednesday that Muschamp, also a former Florida head coach, will focus on defense. He played at Georgia as a defensive back from 1991-94 and is a former defensive coordinator at Auburn, Louisiana State and Texas.

“It's very valuable to have a guy who has been a head coach in two different places in our conference,” Smart said. “He knows the ins and outs of this conference. He can help our staff, our coaches, in a lot of ways. I’m excited to be able to have him join us.”

“He’s already made a lot of strides in terms of helping me, helping our staff,” Smart said. “He’s going to be able to help coach the coaches.”

Muschamp's role as analyst may be only a short-term situation. Smart said Muschamp, 49, plans to seek another coaching position.

“I would say any time you’re an aspiring coach, you want to get on the field,” Smart said. “You want an opportunity to go coach on the grass. I know he is not through with his coaching days. That’s really important for him to be able to get out there and have the relationships and go develop a position group and go coach."

Muschamp's son, Jackson, is a walk-on quarterback at Georgia.

“His family has been his focus recently,” Smart said. “I know he feels like he has moved his family all over the country. This is an opportunity for him to get back with them and be with them and be able to watch his son play.”