Ohio State player out of hospital after weekend shooting 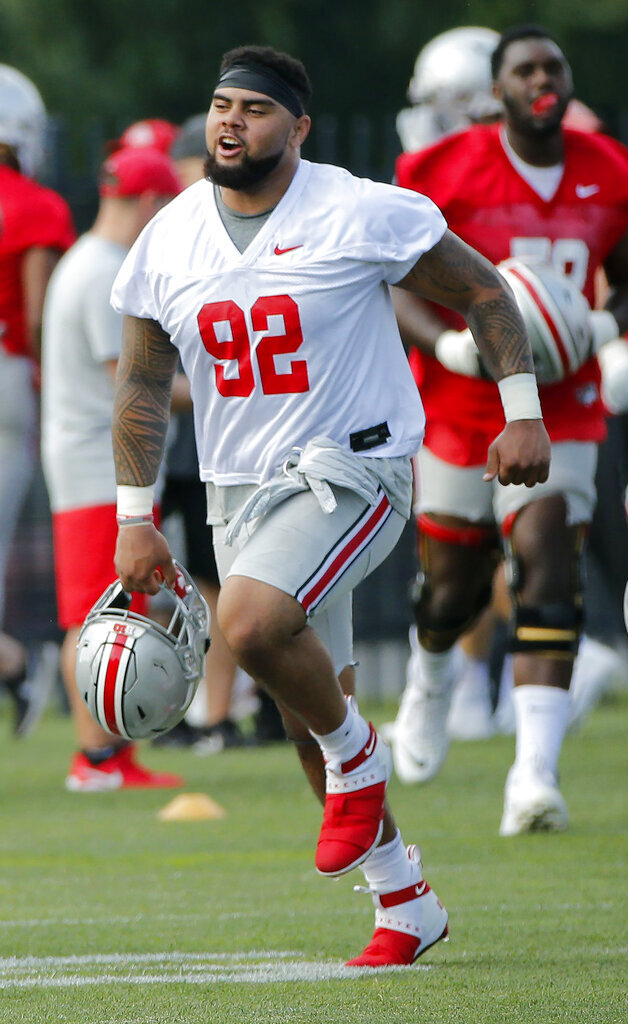 Ohio State Buckeyes defensive tackle defensive tackle Haskell Garrett runs across the field during football practice at the Woody Hayes Athletic Center in Columbus on Friday, Aug. 2, 2019. Garrett is expected to be released from the hospital after being shot in the face over the weekend, coach Ryan Day said. Day said in a statement that Garrett, who was hit by a bullet that passed through both of his cheeks, was expected to be released Monday, Aug. 31, 2020. (Adam Cairns/The Columbus Dispatch via AP)

COLUMBUS, Ohio (AP) — Ohio State defensive tackle Haskell Garrett was released from the hospital Monday after being shot in the face over the weekend, a spokesman for the football program said.

Garrett was treated for wounds from a bullet that police said passed through both of his cheeks.

“On behalf of his family and this football program, we would like to thank all those who have been a part of Haskell’s treatment and we are grateful that he will be heading home (Monday),” coach Ryan Day said in a statement. “We will continue to help him and his family any way we can to expedite his recovery.”

Day didn't address Garrett's future with the program or say whether he would be able to play if the Big Ten Conference decides to start a season later in the fall or winter.

Police said the shooting is still being investigated.

Columbus officers responding to a report of a shooting just before 12:30 a.m. Sunday found blood in the street and one shell casing near the blood.

They said the officers followed a trail of blood to an apartment where the 22-year-old Garrett was found with a “through-and-through” gunshot wound to his cheeks. He was hospitalized in stable condition.

Garrett is a senior who has played in 33 games for the Buckeyes. He played in 11 games last season for the Big Ten champions, recording 10 tackles, and was expected to play a major role before the 2020 season was canceled because of the coronavirus pandemic.