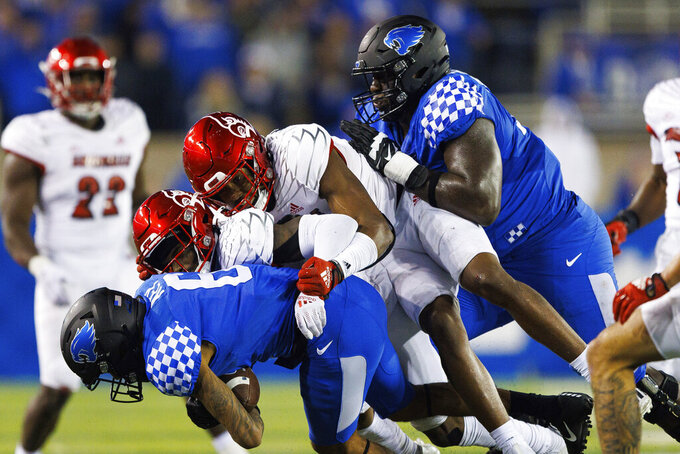 Cincinnati: LB Ivan Pace Jr. was named the conference's defensive player of the year after making 120 tackles, 19. tackles for a loss and nine sacks.

Louisville: QB Malik Cunningham has battled injuries, but has still rushed for 12 touchdowns while throwing for 1,568 yards and eight touchdowns.

Louisville: The Cardinals have won five of their last seven games after talk that coach Scott Satterfield was on the hot seat.

Cincinnati: 9-11 overall, with two consecutive losses to powerhouse teams: Alabama in a CFP semifinal last season and to Georgia in the Peach Bowl the previous season.