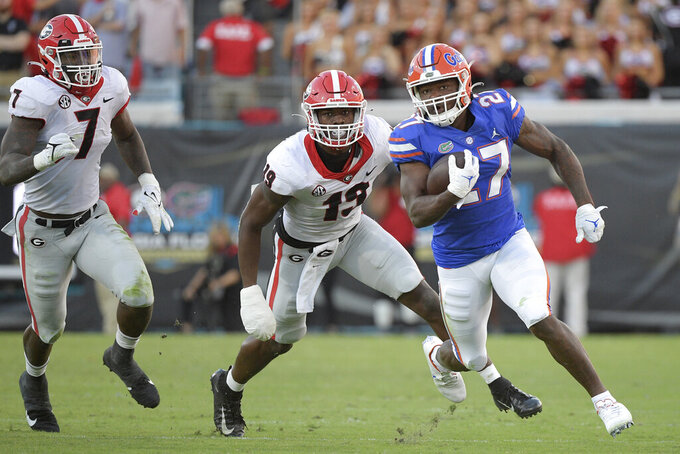 ATLANTA (AP) — Georgia outside linebacker Adam Anderson was booked at the Athens-Clarke County jail Wednesday night after being charged with rape.

Anderson's attorney, Steve Sadow, said in a statement released to The Associated Press on Wednesday night that Anderson “voluntarily surrendered” at the Athens-Clarke County Sherriff's office.

“Adam is innocent of the charge brought against him and intends to vigorously defend himself in court,” Sadow said in the statement. “He will seek release on bond. Once again, Adam hopes and prays that the UGA community and the public keep an open mind and afford him the presumption of innocence that the law demands.”

Anderson was suspended by Georgia last week while being investigated by Athens-Clarke County Police for the alleged rape.

After Sadow made an unsuccessful appeal for Anderson's suspension to be lifted as he was not yet charged, Anderson did not play in No. 1 Georgia's 43-6 win over Missouri last week and remains under suspension for Saturday's game at Tennessee.

Anderson is a key player on Georgia's defense. He leads the team with five sacks and is tied for fifth with 32 tackles.

As part of a statement he released on Thursday, Georgia coach Kirby Smart said "... we don’t comment on law enforcement matters, but I’ve been clear about the high standards we have for our student-athletes on and off the field. I will be working closely with our administration to ensure we cooperate fully with all law enforcement and campus protocols.”