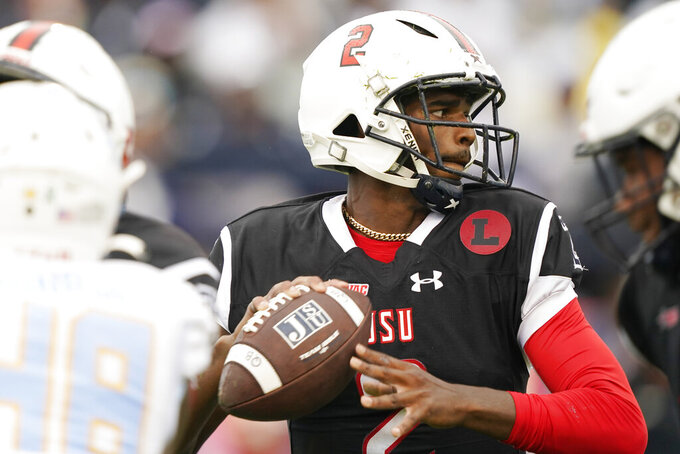 The son of “Prime Time” Deion Sanders, now known as Coach Prime of Jackson State and the reason College GameDay was in town, ran for two scores and threw for another to lead the Tigers to a weather-delayed win.

After a scoreless first quarter, Shedeur Sanders took control in the second quarter with three scores for the Tigers (8-0, 5-0 Southwestern Athletic Conference). He connected with Sy'veon Wilkerson for a 3-yard touchdown to cap an 18-play, 80-yard drive. Then Sanders ran the final 42 yards of a quick three-play 71-yard drive and three seconds before halftime, Sanders scored on a 12-yard burst then added a two-point conversion pass.

Wilkerson scored on a 26-yard run for the only score in the third quarter and then the game was delayed by more than an hour because of weather.

It's only the fourth time since 2005 that College GameDay featured an HBCU matchup.