Kansas, Baylor both former T25 teams that have lost 2 in row 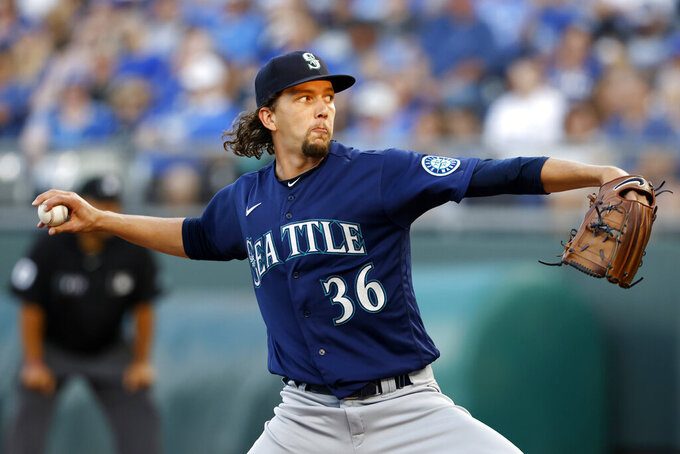 Line: Baylor by 9 1/2, according to FanDuel Sportsbook.

Kansas and Baylor have both gone from being ranked in the AP Top 25 to losing their last two games. The Jayhawks were ranked for the first time since 2009 after starting 5-0 to match their win total of the past three seasons combined. They scored 73 points in their losses, 38-31 to undefeated TCU and 52-42 at Oklahoma, and are still fifth in the country with 7.27 yards per offensive snap. Baylor had a season-high 590 total yards (421 passing) in its 43-40 loss at West Virginia after losing to Oklahoma State on Oct. 1 to end their nine-game home winning streak. Kansas gave up 701 yards to the Sooners.

Running back Devin Neal, dual-threat quarterback Jason Bean and the Kansas rushing game against the Baylor defense. The Jayhawks, who are still piling up yards without injured quarterback Jalon Daniels, are third in the Big 12 averaging 208 yards rushing per game and have 18 touchdowns on the ground. The Bears are third in the league allowing only 116.8 yards rushing per game, but also gave up 163 yards to West Virginia's Tony Mathis in their last game.

Kansas: Senior safety Kenny Logan had 14 tackles, an interception and a tackle for loss against Oklahoma, becoming the first player in the country this season with such a line. His 53 tackles (32 solo, 21 assists) overall put him seventh in the Big 12 with 7.6 per game.

Baylor: WR/kick return Gavin Holmes. The sixth-year Bear had career highs with seven catches for 210 yards against West Virginia, and had his third touchdown catch in the past four games.

Baylor has won its last 12 meetings over Kansas, and is 10-0 at home during the series. That includes 2002, when the Bears won 35-32 to end a 29-game conference losing streak that spanned five different seasons. ... Bean is the first Kansas QB since at least 2000 to throw for at least 250 yards and four touchdowns in back-to-back weeks. ... Bears linebacker Dillon Doyle has had consecutive 10-tackle games. ... Kansas leads the Big 12 and ranks sixth nationally by converting 53.8% (43 of 80) of its third downs.