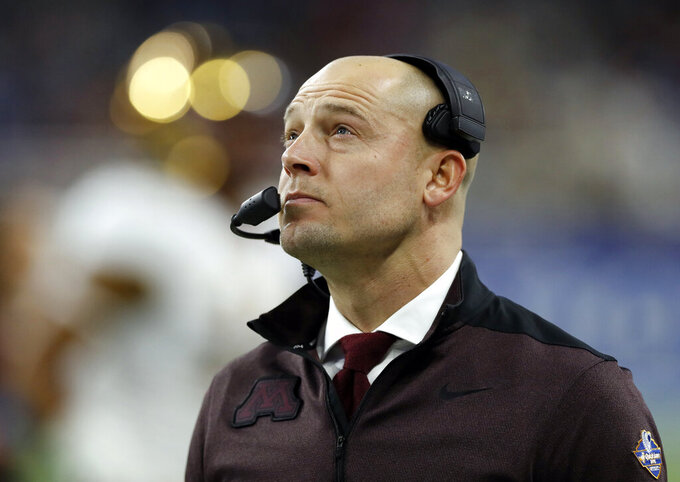 Kill, who coached the Gophers from 2011-15, said on Sirius XM radio this week that Fleck's "ego gets carried away" and he's "about himself" rather than his players.

Kill, now the athletic director at Southern Illinois , acknowledged he was bothered that Fleck talked about needing to "completely change the culture" when he took over the program in 2017.

Fleck said Thursday on KTLK-AM that he respects Kill but doesn't understand the criticism.

He says "the one thing that's really important to me is our players."