No. 24 Wolfpack look to stay in ACC title race vs Tar Heels 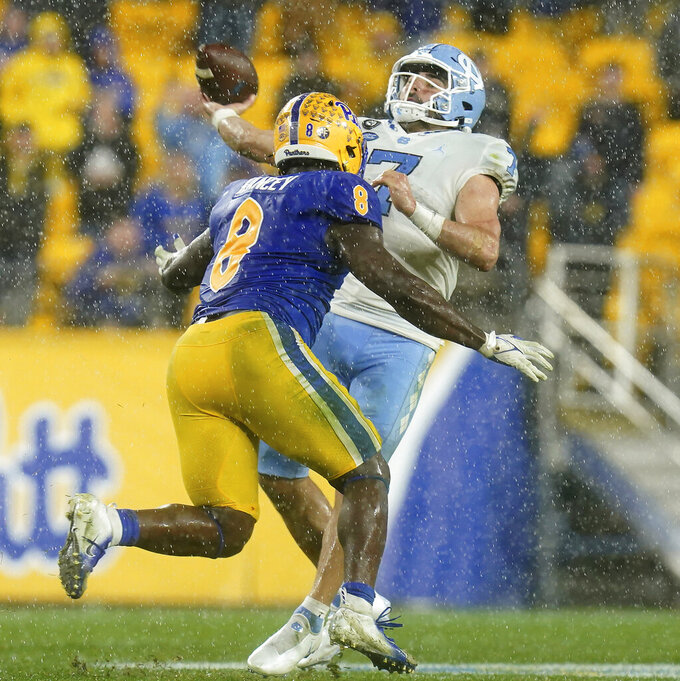 While North Carolina State coach Dave Doeren knows a Friday night game, even against rival North Carolina, is not ideal for fans of the No. 24 Wolfpack on Thanksgiving weekend, he hopes the high stakes bring them out in droves.

The Wolfpack (8-3, 5-2 Atlantic Coast Conference) need a victory to remain in contention for the Atlantic Division title. They'll then need Boston College to beat No. 21 Wake Forest on Saturday, but first things first, the coach said.

“I just want to really ask our fan base to be special this week. It’s a Friday night of Thanksgiving, I realize what I’m asking. But these young men deserve every seat to be filled,” Doeren said this week. “And we need you to be our 12th Man to be as loud and as intense as you can be on your feet, to honor these seniors and to also make it very difficult on our opponent.”

The Wolfpack have lost their last two against the Tar Heels, but for the first time in three years, will have their starting quarterback available for the matchup.

In a season when many ACC quarterbacks have had impressive years, the Wolfpack's Devin Leary leads them all with 23 touchdown passes in league games. He also had a streak of 228 passes without an interception, the longest such streak in the nation this year, and has thrown for 31 touchdowns in all.

The Wolfpack's two league losses came by a point to Miami and three points to the Demon Deacons, both on the road. They've won nine straight at home and are trying to finish off their first unbeaten season at home since 1986.

Some other things to watch when North Carolina visits N.C. State:

The Tar Heels are one of two teams in the ACC — Louisville is the other — averaging more than 200 yards rushing and passing. Tennessee transfer Ty Chandler has run for 1,004 yards and 13 touchdowns, and QB Sam Howell has run for 726 yards while also throwing 22 touchdown passes, including a 75-yarder to Chandler.

UNC's Giovanni Biggers is one of 14 players in the country to have blocked two kicks or punts this season. The Tar Heels lead the ACC and are tied for second among Power Five programs with four blocks this season.

The Wolfpack's Zonovan Knight returned a kickoff for a touchdown in back-to-back games and has three kickoff return touchdowns in his career. Knight leads all players at the Power Five level with a 37.1-yard average on kickoff returns.

PEAKING AT THE RIGHT TIME?

North Carolina was the preseason favorite to win the Coastal Division and started the season ranked No. 10, but promptly loss its opener, 17-10 at Virginia Tech. Three of the Tar Heels' other losses also have come on the road.

“We’ve gone from awful to good. For us to get to great, we’ve got to win on the road against good teams,” Brown said.