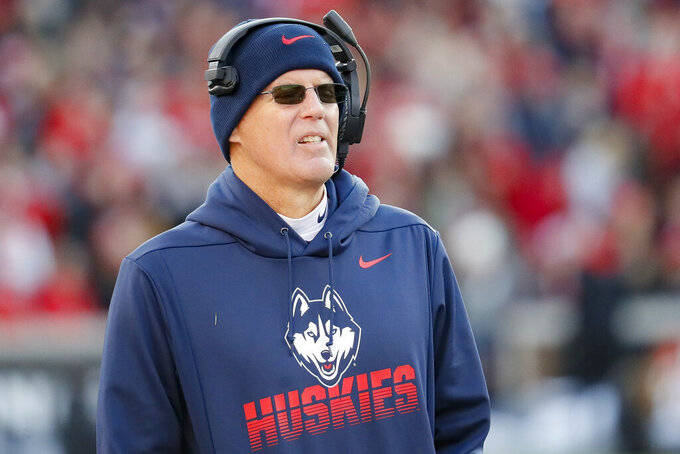 STORRS, Conn. (AP) — Connecticut athletic director David Benedict gave football coach Randy Edsall a vote of confidence Sunday and said it would not be fair to evaluate his program after three losing seasons.

Benedict said the coach should be given the opportunity to have five full recruiting classes before anyone decides if he has been a success or failure.

“I’m not saying that everyone has to share the same opinion or have the same level of confidence in Coach Edsall that I do, but he has to be given the time to build the program and you can’t do it in three years," he said. “Ultimately over the next three years, we'll hopefully see our program become more and more competitive.""

Fifteen players have indicated their plans to transfer from UConn, including several starters such as